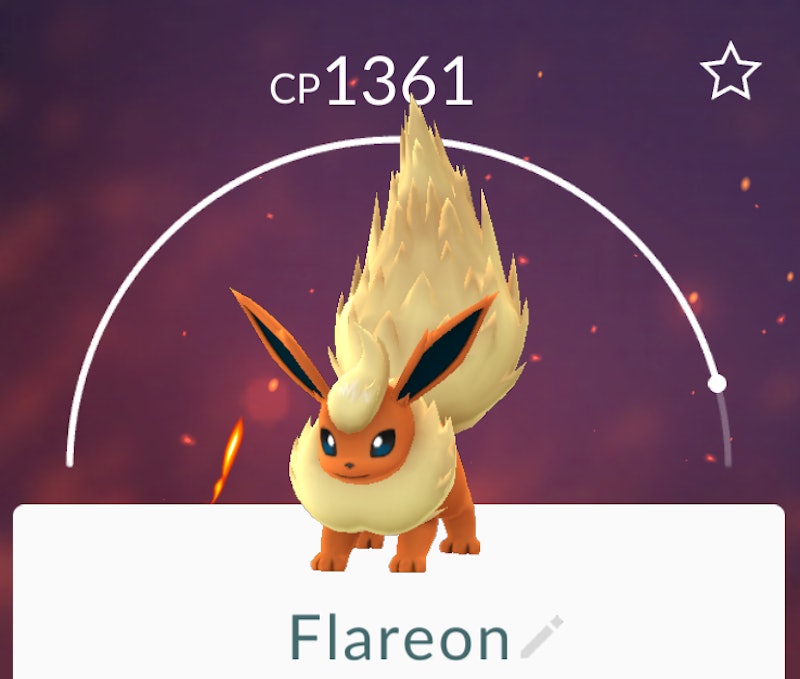 It has been over two weeks since the release of "Pokemon Go", and while the craze may have finally waned a bit, for many committed trainers the urge to "catch 'em all" has only grown stronger. Some of us have committed more hours to the popular AR game than we'd like to admit (like a second job's worth), but are still grappling with how to catch high CP Pokemon — this is OKAY. There is no need to be ashamed if it seems like Niantic is throwing every low level Pidgey possible at you, because the secret to unlocking high CP Pokemon is fairly easy.

CP is a measure of how strong one Pokemon will be in battle against another, and high level Pokemon are essential for successfully capturing and holding on to PokeGyms (and earning all those free Poke Coins!). Unfortunately, the game developers didn't give us any detailed instructions or tutorials for how to catch these little guys. After the game's release, the "Pokemon Go" community quickly banded together, sharing findings and techniques on comment boards (such as The Silph Road) to expose the hidden stats and help fellow players be the very best (like no one ever was).

It turns out that calculating the strength of a Pokemon is far more complex than you might think. "Each Pokémon in Pokémon Go has a set of Base Stats for Attack, Defense, and Stamina, along with a hidden Level and a hidden modifier for those Base Stats, known as a Pokémon's IVs," writes game blog EuroGamer.

Players can predict a Pokemon's general value by looking at its starting CP, their own trainer level, and its given set of moves. If you want to get really technical, you can find the hidden stats and use them to calculate which of your Pokemon is across-the-board "perfect" to spend time evolving.

All Pokemon have a maximum potential, and that is determined by your trainer level. If you are level 12, you can give your Pokemon all the candies you want, but you will not be able to power it up to match the CP of a Pokemon at max potential that belongs to a trainer at level 20. Building up your trainer level by catching and evolving Pokemon will boost the max CP of all your Pokemon. The CP cap is different for each Pokemon type, so to be sure you can get the most powerful attack and defense out of your chosen Poke, check out GamePress's list of max CP rankings. The rankings are for Pokemon belonging to a trainer at level 40 (the highest level), but even if you're not quite there yet, they can still be useful for determining what to hold on to and what to trade in to Professor Willow.

Legendary and yet to be captured Mewtwo ranks as the best in battle with a maximum CP of 4,144.75. Dragonite, the fully evolved form of Dratini, comes in second at 3,500.06, and Mew ranks third strongest. If you have been walking all over the neighborhood and still haven't seen a Mewtwo or a Mew yet — don't sweat it. These legendary Pokemon may only be making appearances at special events, so it's best to focus on evolving that Dratini you caught by the beach!

The higher the player's level, the more they will see rare Pokemon with high combat power. When you finally reach the level 30 milestone, you will be able to catch Pokemon with a CP of 1,500. If you want to be the very best, and have the Pokemon with the highest CPs, keep playing till you hit level 40.