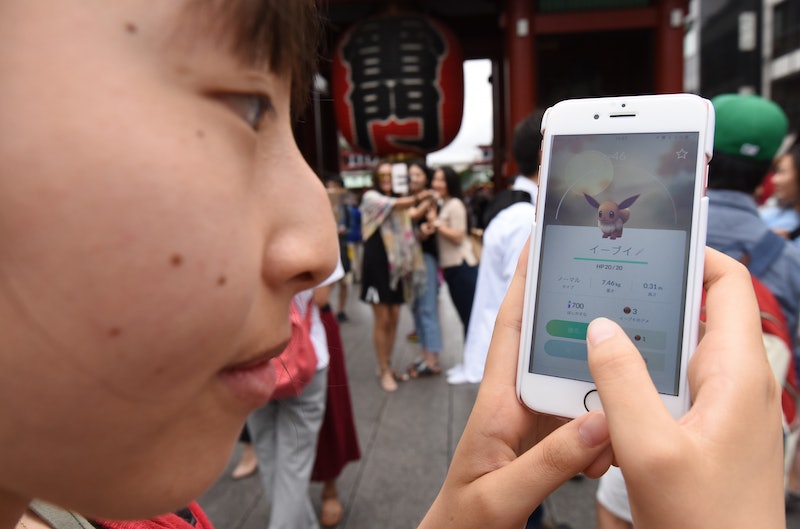 ICYMI, everyone and their brother is entirely enthralled by the augmented reality game Pokémon Go right now. And if you're one of those people, you've realized by now how very wide the vast world of Pokémon is. With so many terms, tricks, and characters to learn, it can be a tricky universe to navigate. So if you're wondering what the difference is between XP and CP, don't feel bad — you certainly aren't alone. They share a "P" after all, so a little confusion when you're first starting out is totally understandable.

Since the Pokémon Go craze officially kicked off a few weeks ago, we've all been thrown into a crash course on the Pokémon Go vernacular. From figuring out how to catch Pokémon when the app freezes to finding the perfect Pokémon for your zodiac sign, insight into this mystical realm abounds. So, yes, a few mix-ups are absolutely warranted. Just think — this side of three weeks ago, many of us had no idea what a PokéBall was and now we're baking cupcakes in their likeness.

Where XP and CP are concerned, the acronyms are only slightly different, but their actual functions are entirely different. Let's explore, shall we?

According to the official Pokémon Go Glossary, XP stands for Experience Points. "Your advancement is measured in Experience Points (XP)," the definition reads. "Increase your XP to advance to higher Trainer levels." Basically, you need these guys to level up. Note that they're Trainer specific — that is, they apply to the Trainer character you create as your in-game avatar, not to Pokémon.

Are XP and CP Related at all?

In a word, yes, because pretty much everything in the Pokémon Go universe is related somehow. It's like six degrees of Pikachu or something. But, I digress. My point is that there is a relevant connection to be made between XP and CP. There are several ways to get Experience Points, including swinging through a Pokéstop (50 XP), capturing a Pokémon (100 XP), catching or evolving a brand-new Pokémon (500 XP), and hatching a Pokémon (200 XP). But you'll also notice that, after each battle, your Pokémon earns Experience Points. How many Experience Points your Pokémon nabs by battling at gyms, though, is contingent upon CP. The lower your Pokémon's Combat Power is compared to your opponents', the more XP you will gain.