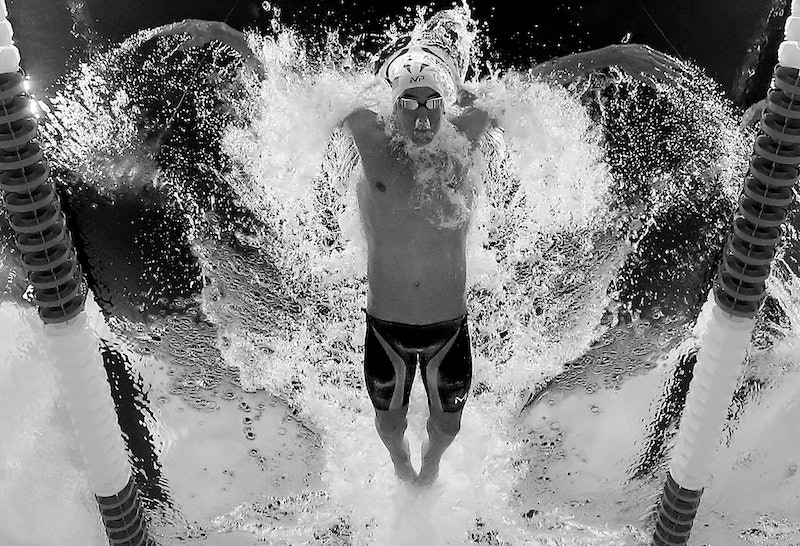 We are less than two weeks away from the 2016 Summer Olympics in Rio. If you’re like me, you’re already excited for the games to start, but if you need some inspiration to get you pumped up for the competition, read on: I’ve got 16 quotes about the Olympic Games to get you revved up for Rio.

I always get really excited for the Olympics every year they happen, but this year, I can’t wait. I think everyone would agree that it’s been a dark summer (to put things mildly) —so couldn’t we all use a couple of weeks of fun and celebration, dedicated to remarkable feats of athleticism and willpower, nations coming together to compete peacefully, and getting to learn more about sports the we don’t usually see on TV? (Like modern pentathlon! Did you know that those people have to be able swim, run, shoot, fence, and ride a horse? If they could fly, they would be straight-up superheroes.) Sure, the 2016 Olympics have not been without conflict, but I, for one, am still psyched for the games to start.

Read on for 16 inspiring quotations about your favorite global athletic competition, from people who’ve been involved in the modern Olympic Games from their inception over a century ago.

1. “The important thing in the Olympic Games is not to win, but to take part; the important thing in Life is not triumph, but the struggle; the essential thing is not to have conquered but to have fought well. To spread these principles is to build up a strong and more valiant and, above all, more scrupulous and more generous humanity.” — Pierre de Coubertin, founder of the International Olympic Committee

2. “It dawned on me with blinding brightness. I realized: I had jumped into another rare kind of stratosphere — one that only a handful of people in every generation are lucky enough to know.” — Jesse Owens

3. “The Olympics are a wonderful metaphor for world cooperation, the kind of international competition that's wholesome and healthy, an interplay between countries that represents the best in all of us.” — John Williams

4. “I still can't believe I won the Olympics. That's what I feel right now — completely alive as a human being. It's a really beautiful moment.” — Clara Hughes

5. “The Olympics remain the most compelling search for excellence that exists in sport, and maybe in life itself.” — Dawn Fraser

6. “I've realized the extraordinary power of sports to heal, unite and inspire. I believe the Olympics will serve as the ultimate platform to provide positive changes and I hope to inspire all of Japan through my strong showing there.” — Kohei Uchimura

7. “You feel the Olympics and you get chills and nervous and a little scared. You go through the emotional roller coaster at what it's like to compete at the Olympic level and you let that run through your whole body.” — Bode Miller

8. “The greatest memory for me of the 1984 Olympics was not the individual honors, but standing on the podium with my teammates to receive our team gold medal.” — Mitch Gaylord

9. “This ability to conquer oneself is no doubt the most precious of all things sports bestows.” — Olga Korbut

10. “It is the inspiration of the Olympic Games that drives people not only to compete but to improve, and to bring lasting spiritual and moral benefits to the athlete and inspiration to those lucky enough to witness the athletic dedication.” — Herb Elliott

11. “Never underestimate the power of dreams and the influence of the human spirit. We are all the same in this notion: The potential for greatness lives within each of us.” — Wilma Rudolph

13. “There is something in the Olympics, indefinable, springing from the soul, that must be preserved.” — Chris Brasher

14. “Each of us has a fire in our hearts for something. It’s our goal in life to find it and keep it lit.” — Mary Lou Retton