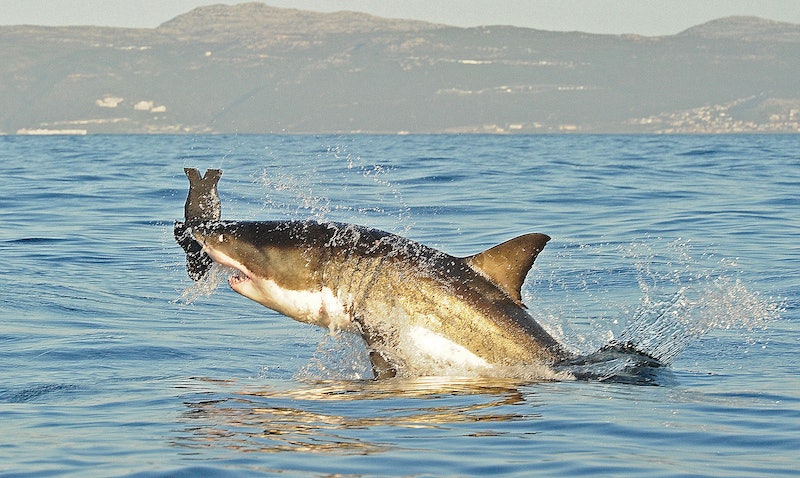 Its name may have changed in recent years (remember when it was the Sci-Fi Channel?!), but SyFy is still the place to go if you want some science and fiction mixed together. Even some of their craziest ideas are technically based in reality! But, one of their latest films might be even too crazy for nature: Ice Sharks, a film about... well, aggressive monster sharks that live in icy climates. Of course, considering this is the SyFy network (even sharknados from their film franchise Sharknado are technically possible!), I have to wonder: are the titular Ice Sharks real? Rest assured, there's nothing to worry about if you're heading to the Arctic Circle (Also, if you are heading to the Arctic Circle, can we talk, because like what is your life?): According to Elasmo.org, there are several species of sharks that can be found in very cold, even Arctic waters, but none of them are the chomping, raging beasts that can be seen in the Ice Sharks trailer.

In fact, the article even points out that while the Greenland Shark may be similar in size to the Great White, the creatures "are preternaturally sluggish," not the wildly aggressive sharks portrayed in the trailer. And according to the BBC, the Greenland Shark "prefer to live in deep, cold water, so humans rarely see them," though they do "come close to the surface in places where the shallow water is frigid enough for them — primarily in the Arctic."

Asylum's latest movie takes two understandable fears — the icy waters of the Arctic Ocean and the danger of a possible shark bite, and combined them into a single concept. It's exactly what the production studio did with the concept of Sharknado. However, while there are no Arctic-dwelling killer sharks out there in the world, there are still plenty of actual things to be terrified of in icy cold waters.

There are some famous icy predators, like polar bears and orca whales. Neither species has ever decimated a whole team of Arctic researchers, of course — but back in 2011, a starving polar bear attacked a group of students in Norway, and if you watched Blackfish, you've seen how tragic and fatal it can be when orcas are in captivity. So if pushed far enough, sadly, there can be dangerous attacks from these Arctic animals. 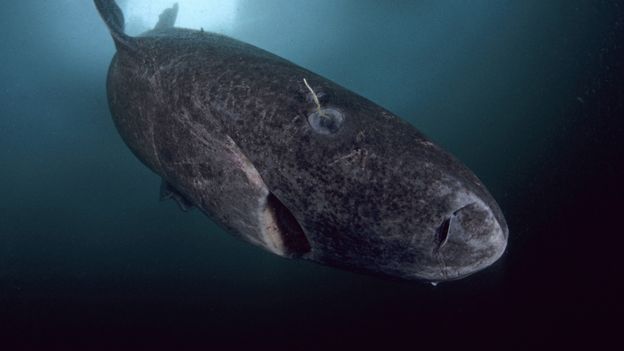 As demonstrated in the documentary Ice Killers: Arctic Cold Predators, in addition to the big predators, there's also wolves, coyotes, and walruses hunting for prey in ultra-low temperatures. However, "Ice Walruses" doesn't quite have the same ring of terror as Ice Sharks.

None of these real creatures look like Jaws, but there's plenty of reasons to be shy about taking a dip in the icy, icy cold waters of the Arctic Sea. They might not be Ice Sharks, but there are certainly lots of scary creatures to be found in the dark depths of the ocean.

More like this
Cameron Diaz Just Recreated *That* Iconic 'There’s Something About Mary' Scene
By Rachel Mantock
Michael & Kathleen Peterson’s House From ‘The Staircase’ Has New Owners
By Kadin Burnett and Kayla Blanton
What’s New On Netflix: A Victoria Justice Rom-Com & The Return Of David Letterman
By Arya Roshanian
Lisa Marie Presley Reviewed Baz Luhrmann’s ‘Elvis’ Movie On Twitter
By Grace Wehniainen
Get Even More From Bustle — Sign Up For The Newsletter