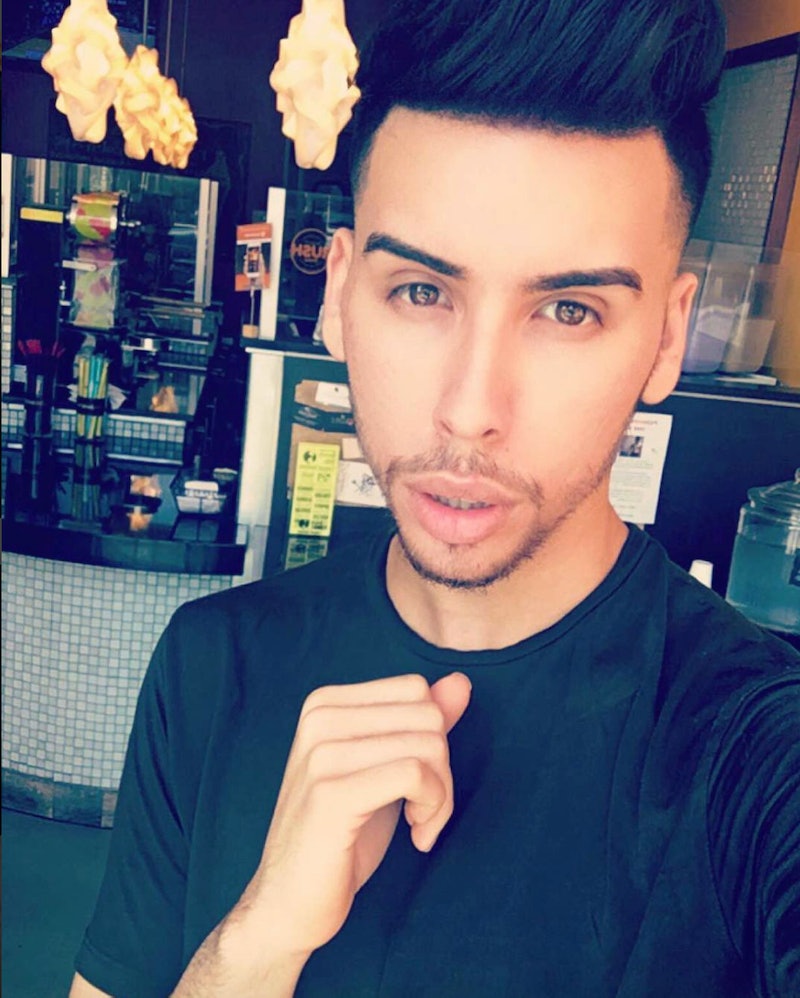 Kylie Jenner just unveiled her first Kyshadow palette with a new video posted on her website and app. The Bronze Palette is a major stunner, and Jenner showcased its capabilities with the help of makeup artist, Ariel Tejada. What do we know about him, though? Who is Ariel Tejada?

Well, first off, he's something of a name himself: he rocketed to fame — in part because of his work alongside Kylie — and now he boasts a whopping 805k followers on Instagram. According to Allure, they met in a somewhat unconventional way — Kylie first contacted Tejada through a DM on Instagram in April of 2015. She sent him her phone number, and he replied 14 minutes later with a white lie about how he just so happened to be in LA... and the rest is history. Fast-forward to over a year later, and he's helping her to unveil her latest Kylie Cosmetics Kyshadow Bronze Palette through a seriously kickass tutorial.

Nowadays, he also works with the whole Kardashian-Jenner family, as well as stars like Naya Rivera. He's created some of Kylie highest-profile looks, including her makeup for her PUMA photoshoot, as well as some of her most gorgeous red carpet looks (and heck, even some of her best selfies).

Before teaming up with Kylie, Tejada was already busy building a name for himself through his well-curated Instagram account. He'd worked with Lilly Ghalichi, a reality star from Shahs of Sunset, another connection made through social media — though in that case, Tejada was the first one to send a message. Indeed, it sounds like social media has played an instrumental part in his career — as he explained to Yahoo Beauty, "If there is one thing that has helped me the most, it’s Instagram ... Posting your work and being consistent with your work is so important!"

At just 21, Tejada sure has brought of lot of glamour into the world — his career is only just starting, and it will be interesting to see what avenues he explores next.

If you're new to Tejada and his work, you might want to head over to Kylie's website to check out their latest tutorial — because together, they sure make that Bronze Kyshadow Palette sing .