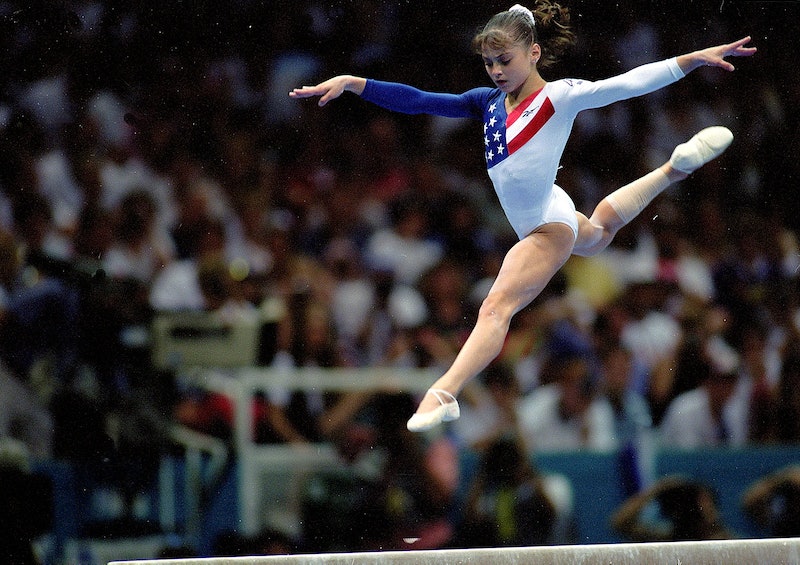 With the Olympics rapidly approaching, I'm willing to bet you've fantasized once or twice about being on a medal-winning team, am I right? If so, you've probably wondered whether there are age limits for being in the Olympics. Now, I am possibly the least coordinated and least athletic person on the planet, but even I wonder about whether I still have time to train to be an Olympic athlete. I'll admit it: Sometimes I fantasized about being recruited to be on the U.S. Olympic table tennis team — though the requirements for it, along with all other Olympic teams, seem incredibly grueling and intense. But apparently age won't be an issue for me, although it might if you're still in school. Here's the deal

Interestingly, according to the Olympics website, there is no set age maximum for participating in the Games. The maximum age of participants varies based on the individual International Sports Federation and its rules for its individual sport. This is why you might see older people competing in certain games than others. However, there is an age minimum required to participate in the Olympics senior-level games. As of right now, you need to be at least 16 years old to compete. According to Livestrong, if you are not 16 at the time of the games, you must turn 16 within the same calendar year. Previously, the age minimum to participate in the Olympics was 14 years of age, which was bumped up to 15 in 1981. The age minimum remained 15 until 1997, when it became 16.

Why is there an age regulation when it comes to the Olympics? It actually has less to do with skill level than you might think, instead arising out of concern for the growth and development of young Olympians' bodies. Some specialists, like Jeanne Dopbrak, a sports medicine physician at the University of Pittsburgh Medical Center, worry that the physical strain of training at such a young age could cause irreparable damage to the athletes. There's a concern that the pressure and strain training and performance can put on a young person's body when they are still developing could be detrimental to their growth and overall health. However, some speculate that the body begins to decline by age 26, which might explain why Olympians tend to err on the younger side, even though there isn't an upper age limit.

That said, though, people win Olympic medals at all ages; competing later in life certainly doesn't mean you'll lose. For example, take Swedish shooter Oscar Swahn, who won an Olympic medal at the ripe age of 72. Mind you, this happened in the year 1920, so it's a quite a big step into the past; however, it still provides some motivation that nothing is impossible and that if you work hard enough, you may just achieve your dreams.

More like this
4 Things To Do & 3 To Avoid During May’s New Moon
By Brittany Beringer
25 Quotes About Love To Share During Pride Month 2022
By Madeleine Aggeler and Emma Garza
11 Trends From The ‘90s That Made You Feel So Cool
By Julie Sprankles
Here's Your Daily Horoscope For May 24, 2022
By Mecca Woods
Get Even More From Bustle — Sign Up For The Newsletter