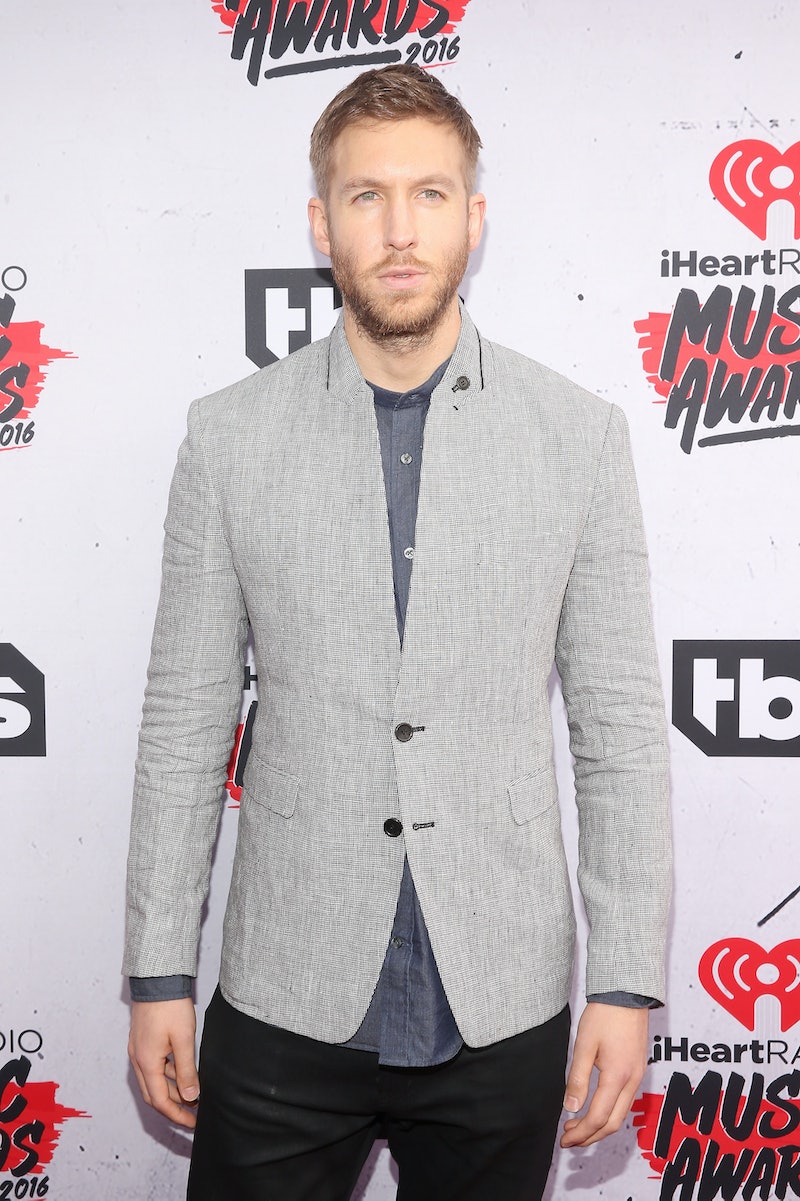 With all of the ~drama~ surrounding Calvin Harris (and in particular, his hit "This Is What You Came For"), things could get interesting if Harris attends the 2016 Teen Choice Awards this Sunday, July 31. The Scottish DJ and producer is up for Choice Summer Song and Choice Party Song for his hit with Rihanna (you know, the one that Taylor Swift co-wrote under a pseudonym), so it would stand to reason that he'd be in attendance to collect them if he wins.

Still, Harris was not mentioned in E! News' roundup of star attendees (which includes Justin Timberlake, Chris Evans, Jessica Alba, Pretty Little Liars stars Ashley Benson and Shay Mitchell, just to name a few — along with performances from Flo Rida and Charlie Puth). Not to mention the fact that he has never attended the show before and hasn't always had the best attitude when it comes to the TCAs...

In all honesty, it seems like the Teen Choice Awards have always been a bit of a point of contention for Calvin Harris, who infamously prevented his ex Rita Ora from performing her hit "I Will Never Let You Down" at the 2014 awards show. (Harris produced and wrote the song and had the rights to its televised performances; he later revealed he had a "damn good reason" for not allowing Ora to perform it).

The next year, he threw some frankly unintelligible shade at Teen Choice Awards voters, tweeting:

"While u kids are refresh voting teen choice awards there's some poor f*cker in a basement making your new favorite record trying to survive," he tweeted in August 2015. Which is definitely a statement about, one, the "clueless" TCAs audience, and two, some serious shade at the actual awards themselves.

So while Harris is up for two awards this year, it wouldn't be surprising in the least if he didn't show up to collect — even if he does win.