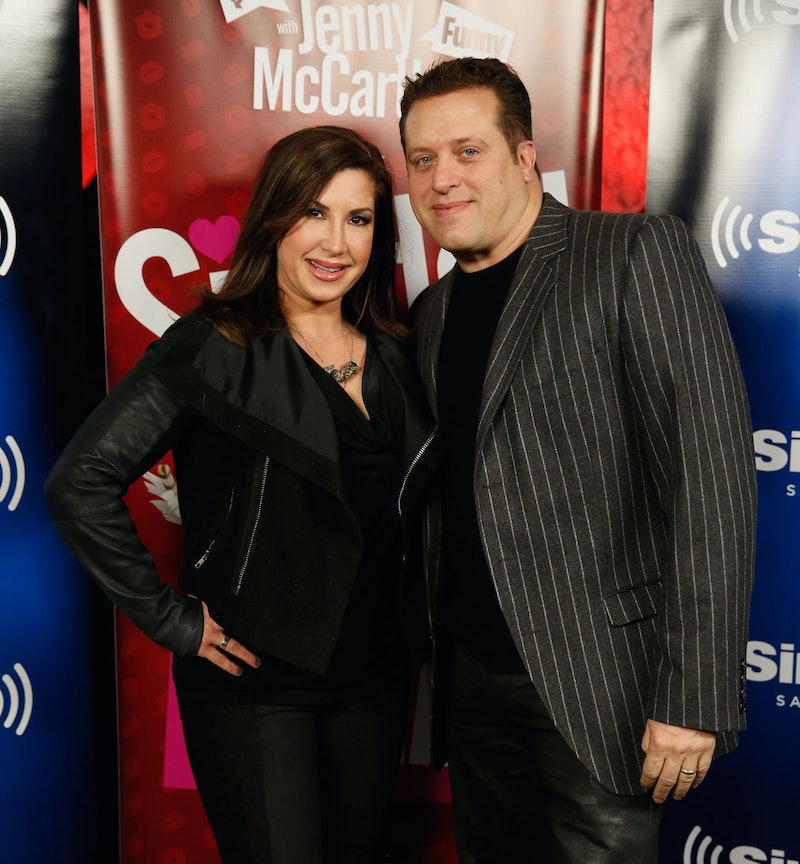 Before Real Housewives of New Jersey premiered Season 7 on July 10, it had been a while since we'd seen Jacqueline and Chris Laurita on reality television. And when the show returned, Chris revealed the family had taken some major hits financially. It was also revealed that they were hoping to downsize to a different home, that they sold some of their jewelry, and that they were not getting each other Christmas gifts. It makes me wonder what Chris Laurita actually does for a living these days? Is blk water still a thing? I have so many questions.

Almost all of the careers in the Jersey franchise have vague titles like "business man" or "entrepreneur" so their actual work is unclear most of the time. Chris' primary source of income used to be his company, Signature Apparel. This business ended up going under, and Chris filed for bankruptcy protection in 2009, according to the Daily Mail.

The other Laurita business, blk, is apparently still going. I have never — and still don't — get the point of selling opaque black water, but Chris is really trying to make it happen and has been since 2011. I have no idea how well it's doing exactly, but it is still on the market. Jacqueline responded to a fan who asked about Chris' businesses on Twitter and made it very clear that the blk water company is alive and doing well.

Aside from more "traditional" jobs, Chris and his wife are back to being reality stars now, which means a salary from Bravo. Plus, I'm sure that he and Jacqueline are going to take advantage of their return to reality TV by endorsing random products on social media, just like everyone else. I'm sure that Chris and Jacqueline will be hustling hard to be rolling in dough once again.