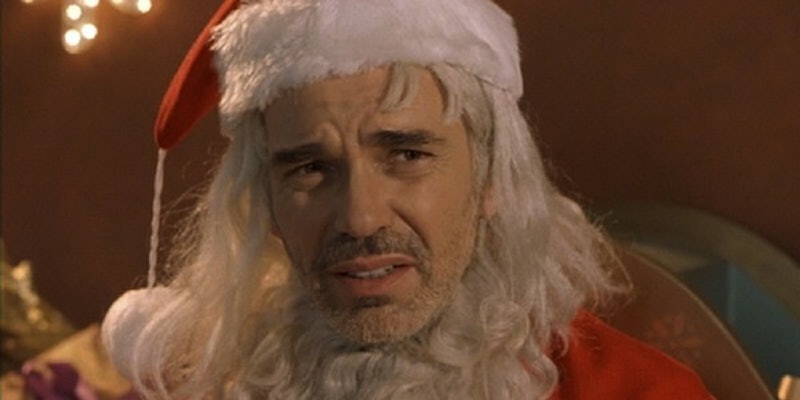 Just in case you were wondering whether or not Bad Santa 2 would contain a whole new kind of Santa , I’m here to tell you that you can all rest easy. Not much has changed since the first movie premiered with Billy Bob Thornton clutching his hungover head and trying to deal with whining kids all day. Because in the new Bad Santa 2 trailer, that foul-mouthed, booze-loving Santa is the still the same old Grinch he always was. I know, I know. We were all worried that Lauren Graham had turned Willie Stoke into a fun-loving, bowl-full-of-jelly belly kind of Santa Claus. But I can tell you now for certain that he is not, because the Bad Santa 2 trailer is here, and Willie Stoke is just as grumpy as ever.

Not that I’m complaining about having this scotch-swirling Santa back in my life. He’s honestly my favorite part of my holiday celebration. While everyone else in my family sits around watching It’s a Wonderful Life and doing annoying things like appreciating each other, I sit around and watch Bad Santa, cackling my way like Cruella DeVille through the entire Christmas holiday.

Now, by the grace of Billy Bob Thornton, there will be a whole new movie to make your holidays extra wicked. The sequel, which is set to hit theaters on November 23, seems to pick up right where Willie Stoke left off. Sitting behind a jolly Santa Claus in the department store changing room, Stoke is clutching his head and trying hard to stay awake. He is in no way living up to the myth of Santa Claus, and I love him all the more for it. Especially when he grimaces at a child’s Christmas wish, his beard hanging halfway off his face.

Sounds familiar, right? It wouldn’t be Bad Santa without a hungover man with a five o’clock shadow scowling at an unsuspecting child. Ahh, the stuff of childhood dreams.

So start ringing those merry-bells, friends. The Christmas season and Willie Stoke are officially here.