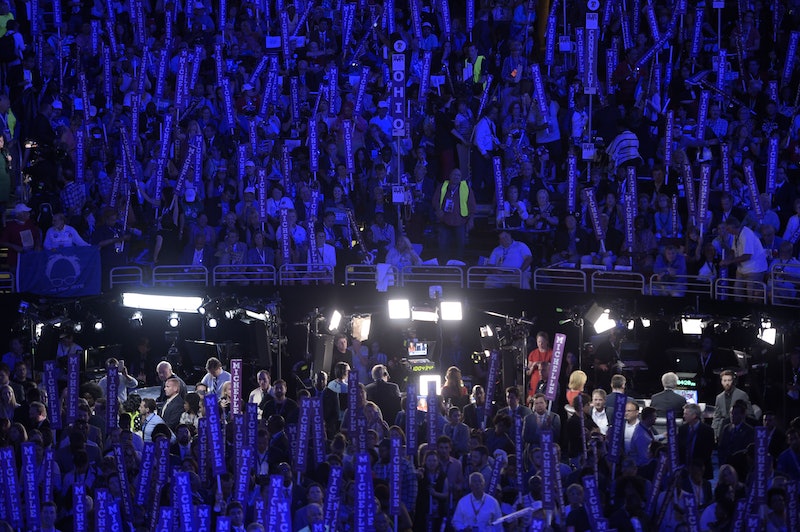 The opening night of the Republican National Convention was overshadowed when it was revealed that Melania Trump's speech plagiarized Michelle Obama's speech to the Democratic National Convention in 2008. Eight years later, the first lady spoke at another Democratic convention, this time in support of Hillary Clinton. As she took the stage, many wondered if Michelle Obama would mention Melania Trump during her DNC speech.

And as it turns out... she didn't. And for a couple of reasons, that's not terribly surprising. Even though conventions are chock full of partisan sniping and digs at the other side, first ladies in general, and Michelle Obama in particular, tend to steer clear of this sort of jousting. Even the more politically-active first ladies tend to take up relatively non-partisan causes; Obama, for example, has championed initiatives to promote better nutritional habits and exercise amongst children. Some Republicans criticized her for that, but still, encouraging health amongst children is hardly a partisan issue.

While Obama may have been surprised to see the words from her speech coming from Trump's mouth at the Republican convention, but it was always unlikely that she'd make mention of it during her own convention speech. Even if First Lady was a partisan position, it would have been exceedingly petty for her to focus on this of all issues, given how enormous the actual, substantive stakes of this election are.

Instead, Obama's speech centered on a simple and often undermentioned aspect of elections: The massive influence that a president has as a role model for millions of children.

"This November, when we go to the polls, that is what we're deciding," Obama said, "not Democrat or Republican, not left or right. No, this election and every election is about who will have the power to shape our children for the next four or eight years of our lives. I am here tonight because in this election, there is only one person who I trust with that responsibility, only one person who I believe is truly qualified to be president of the United States, and that is our friend Hillary Clinton."

As one of the most consistently popular figures in the Democratic Party, Obama was well-positioned to make the case for party unity at a convention that's been marred by boos and infighting amongst Democrats. Whether her speech on Monday moved the needle at all remains to be seen, but she was certainly wise to stay out of the hubbub over Trump's speech, because that controversy — let's face it — doesn't ultimately matter at all.