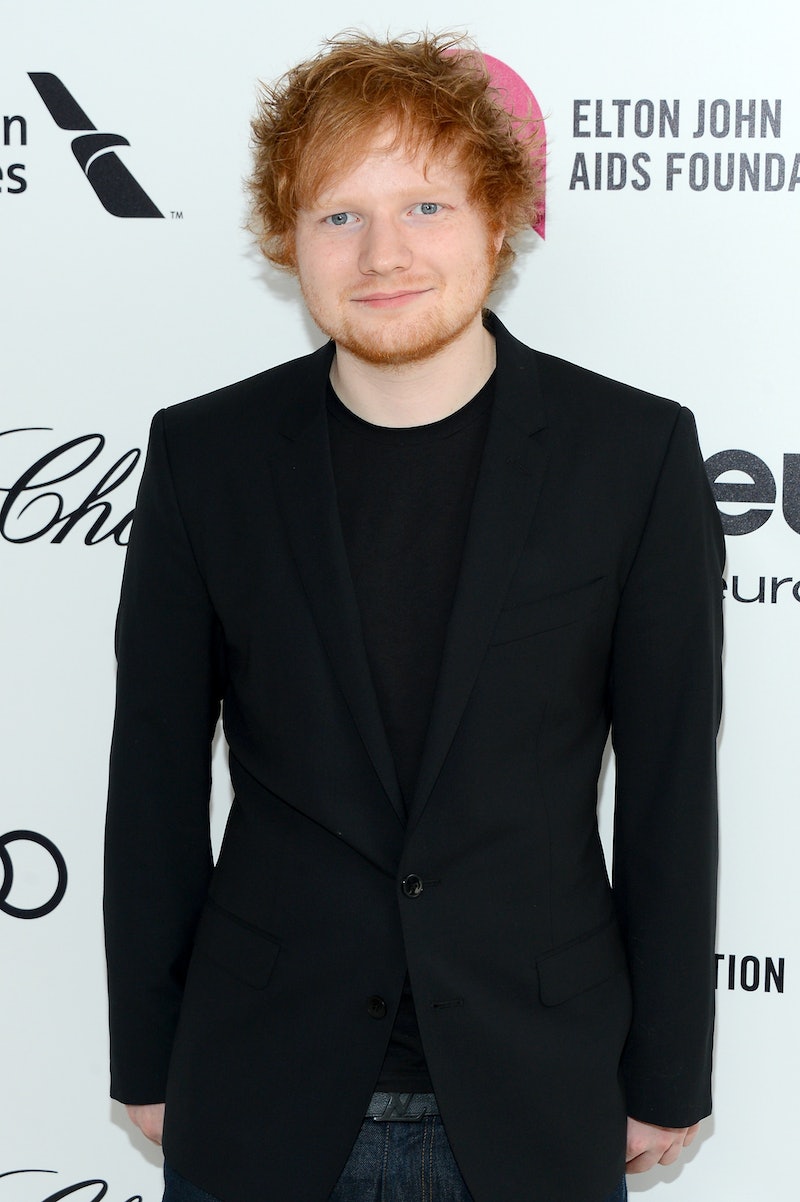 What has cutie patootie Ed Sheeran been up to this week? (To the tune of "Drunk In Love"): He's been singing, he's been singing, "Drunnnnk Innn Lovvvvvve." (You're so welcome for that one.) Wednesday morning, the British singer-songwriter popped by Ryan Seacrest’s radio show, and during said show, Sheeran performed an acoustic cover of Beyoncé's “Drunk In Love."

How is his rendition of the Bey hit? Uh, it's adorable. Sheeran's voice, per usual, sounds quite pretty. Before this particular performance, however, he warns that he might forget the words. And sure enough, mid-verse, he forgets the words. And that's when he starts mumble-singing and smiling. And that's when Sheeran becomes even more endearing than I thought humanly possible. When it doubt, always mumble-sing.

Whether or not you're a fan of his music, you've gotta admit: Sheeran the person is just. So. Stinkin'. Likable. Between creating a Twitter account for his rescued kitten and partying with Jennifer Aniston, he is aces in my book. If we ever find out he is secretly a figurative (or literal) monster behind the scenes, I will need a few days to deal.

BUT WAIT! There's more. "Drunk In Love" isn't Sheeran's first time covering a pop song. Here are a few of Sheeran's best performances of songs by other artists: