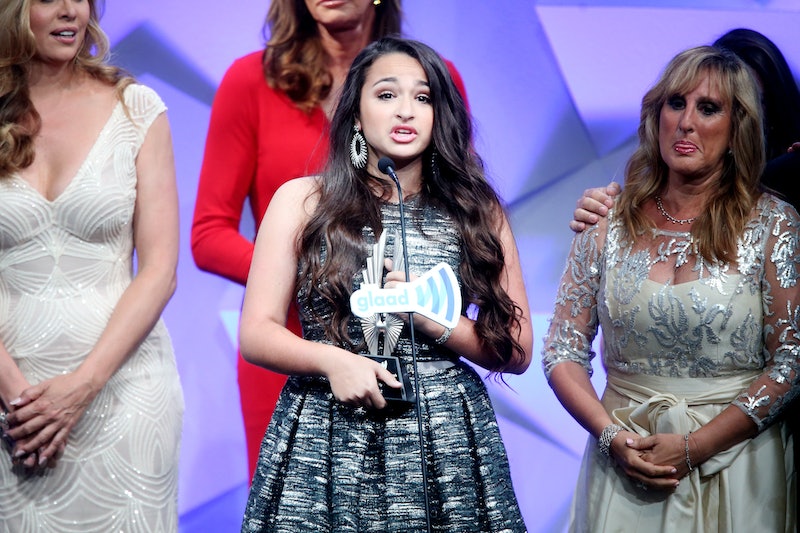 TLC has a lot of shows that follow normal people in their everyday lives, but I Am Jazz is a little bit different. Jazz Jennings has placed herself in the public eye for a very important reason: to educate her TLC audience on what it's like to be a trans teenager, and for two seasons, getting to know Jazz and her family has been a fantastic journey. Yet with the Season 2 finale of the series airing on July 27, fans are already wondering if I Am Jazz will return for Season 3. Sadly, the series has yet to be renewed, but I wouldn't worry. The second season wasn't renewed until last December, so this next batch of episodes could be announced in a few months' time.

Generally, TLC has a pretty good track record of renewing series for additional seasons — most of its current shows have had at least two or three seasons. I Am Jazz's ratings are strong, with a recent episode nabbing .32 million viewers in the 18-49 range, according to Showbuzz Daily. So that shouldn't be an obstacle to the series' renewal prospects. And most importantly, the Jennings family seems open to another season following Jazz's life. Since the ending of Season 2, Jazz has been incredibly busy with even more things that would be perfect to include in a third season of the show, with her profile growing bigger and bigger. Here are a few of the many impressive things Jazz has achieved recently that should totally make the cut for Season 3 of I Am Jazz.

She Made Pride History

Jazz was the youngest ever Pride Parade Grand Marshall at the New York City parade, a huge honor. Of the event, Jazz told People , "Pride is about sharing all of those emotions of love and happiness with the community around you so we can stay connected, united, and prideful of ourselves and one another."

She Was Interviewed By Oprah

Technically, this happened awhile ago, so it could have been included in Season 2, but I'd love to see Jazz's reaction to what sitting down for an in-depth interview with the Queen of Daytime TV was like. Talking to Oprah, Jazz spoke about how tough it is to date, and while it must have been a hard topic to discuss, the intimate interview was very moving.

She Used Her Platform For Education

Most of what Jazz tweets is just normal stuff about the life of a teenager — embarrassment over weird stuff her parents do, hanging out with her friends, and obsessing over pop culture. But frequently, she also points out important issues, reminding her 56,000+ followers about the struggles in the trans community.

She Published A Book

On top of broadcasting her life on television for the past two years, Jazz also released an autobiography, called Being Jazz , a moving and thoughtful book that should be read by all.

Do you remember being this smart and insightful when you were a teenager? I certainly don't.

She Reached Out To Fans

I Am Jazz gives Jazz an opportunity to speak to hundreds of people in person, hearing and sharing their stories.

This TLC series is a lot more than just your average reality show, and hopefully it will return for Season 3 next summer to cover just some of the many incredible things Jazz has done lately.