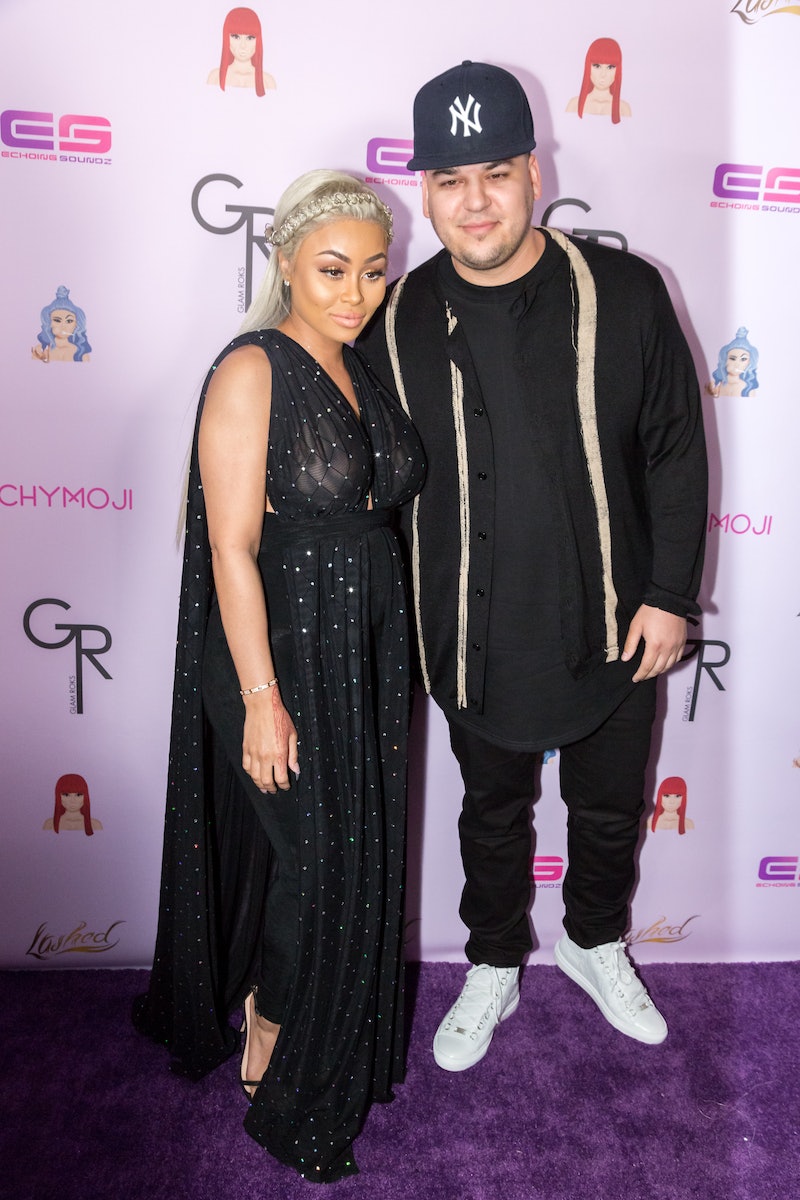 This week has been a stressful time for Rob Kardashian and Blac Chyna fans, y'all. Are they still together? Did they call off the wedding? If you've been asking those questions, there might finally be some real answers. After Kardashian deleted all evidence of their relationship on Instagram on Monday, it seems as though this unlikely couple has decided to go their separate ways — or have they? Reportedly, Kardashian and Chyna are still together, so if you thought the world had escaped the media circus that is sure to come from their wedding, think again. And personally, I'm relieved, because if we escaped 2016 without their upcoming reality show, this year would have officially been the worst one ever.

According to what a source close to the eyelash mogul tells People, while they did have their first big argument, it doesn't mean they're breaking up. Apparently, all is right in the future Mr. and Mrs. Kardashian's world, so we don't have to worry about them just yet. Well, as long as what this insider is saying is true, anyway — and neither half of the couple has confirmed or denied anything in reference to their current relationship yet.

"They filmed over the weekend and had an argument," the source said. "It's hard to see Rob and Chyna actually splitting. Rob is looking forward to becoming a dad. It would take a lot for him to break up with her."

I knew it! Being that Kardashian has a track record of purging his Instagram every so often, it doesn't necessarily mean anything about his relationship. Maybe he was mad and he deleted the photos in the heat of the moment, or maybe it was for another reason entirely. And later, he ended up getting rid of everything on his account, so now more than ever it seems really unlikely that the disappearance of all his pictures has to mean that he and Chyna have called it quits. Plus, Chyna left up every photo of Kardashian she's shared, so that's a good sign, too.

And in case that's not convincing enough, Chyna is still wearing her engagement ring. If you follow her on Snapchat and caught the video she posted on Monday, there's no way you missed her flashing that massive diamond. Would she still be wearing that if she and Kardashian were over? I think not.

The moral of the story? Everybody chill. It sounds like the RobChyna union is still happening, so hold your freak outs until you hear otherwise. And honestly, we should all be grateful. If their wedding is televised, it's going to be the best TV nuptials since Kim Kardashian and Kanye West.