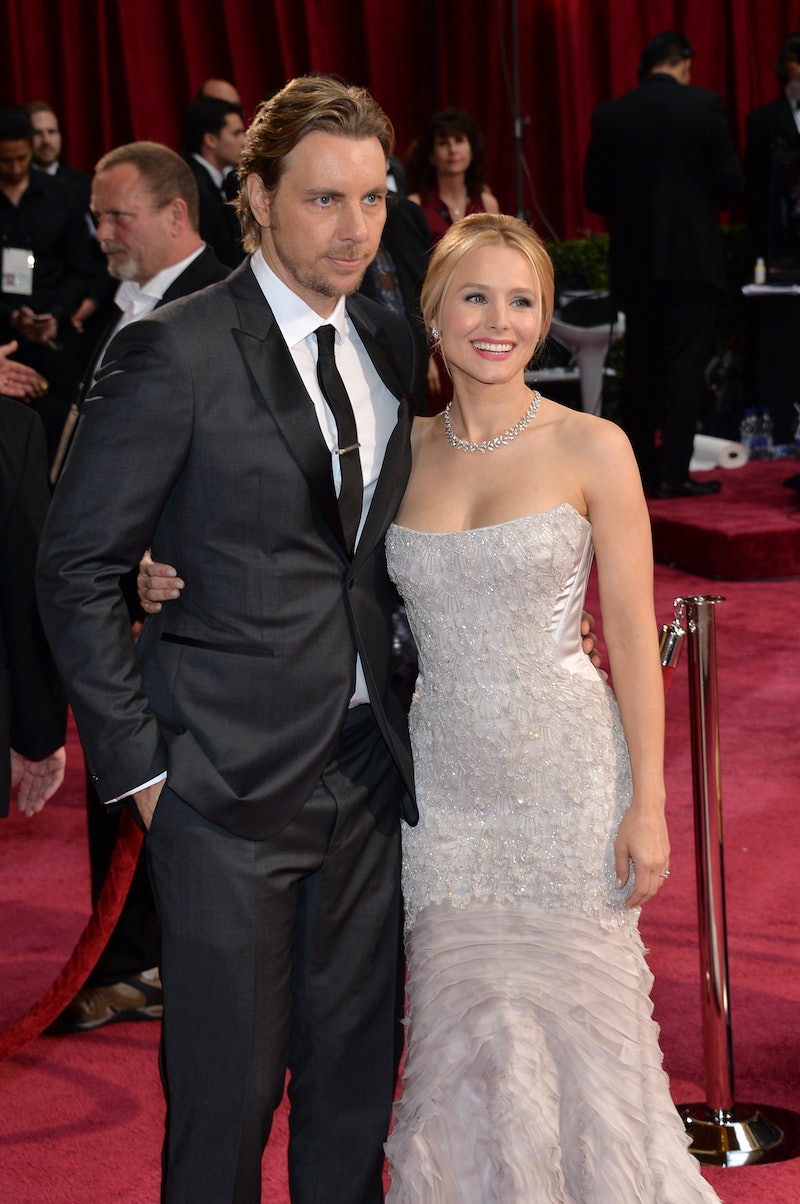 Kristen Bell and Dax Shepard just got into a heated argument with a couple of paparazzi and it didn't end well. I don't mean they pulled a Justin Bieber and attacked them or anything, I mean it didn't end well for morality because it seems paparazzi pics of kids aren't going to stop any time soon. The two actors sat down with Access Hollywood to have a conversation with some members of a paparazzi agency about taking photos of celebrity children. Bell and Shepard have been outspoken on this issue ever since they gave birth to their own daughter Lincoln last year. In January the couple announced they would no longer give interviews to magazines who published photos of celebrity children. "I care more about my integrity and my values than my career," Bell said of the decision. "The 'look at the celebs kid at the park!' teaches us a disengaged vouyerism. Think about how being followed by photos all day effects THE KID."

But the couple didn't stop there. Shepard wrote a hilarious but important essay about the issue where he acknowledged some of the criticism they'd been getting. "I do know what comes with the job, which is why I’m NOT asking you to boycott magazines with my photo in them," Shepard wrote. "I’m only asking on behalf of my child who did not 'sign up.'"

Their efforts are following celebrities like Halle Berry and Jennifer Garner who pushed laws to punish photographers who intentionally harassed children of celebrities in order to get photos. Now Bell and Shepard have sought to push things further going directly to the source: the magazines that publish the photos, the people who buy the magazines, and the agencies who hire these photographers in the first place.

When Bell and Shepard sat down with celebrity reporter Christian Zimmerman and paparazzi photo agency owner Steve Ginsburg things got heated pretty quickly. Bell described what it's like to be surrounded by shouting men while she's by herself with her daughter as "terrifying." Husband Shepard chimed in saying, "If you don't have an ethical issue with that, then I don't think you have ethics."

But the two men they sat down with didn't seem all that interested in changing their ways. "At the end of the day this business is not going anywhere," said Ginsburg. Zimmerman agreed saying,"There's a demand for the pictures so we will supply the demand."

"There's a demand for drugs too, should we supply those?" Shepard was quick to reply.

Finally the Access Hollywood reporters asked Ginsburg if he'd ever stop buying the photos of children and his answer was of course about money.

"To be frank about business, no, because if I say to photographers out there, 'I will no longer accept photos of children' they will pack up leave to another agency and I will be out of a business"

But Bell and Shepard aren't giving up that easily. The couple plans to continue their boycott and to meet with more agencies to try to convince them to stop buying these photos. They have succeeded in getting Entertainment Tonight, Just Jared and People to stop publishing unauthorized photos of celebrity children, so as long as they keep on fighting there may be hope yet. Watch the full argument below: