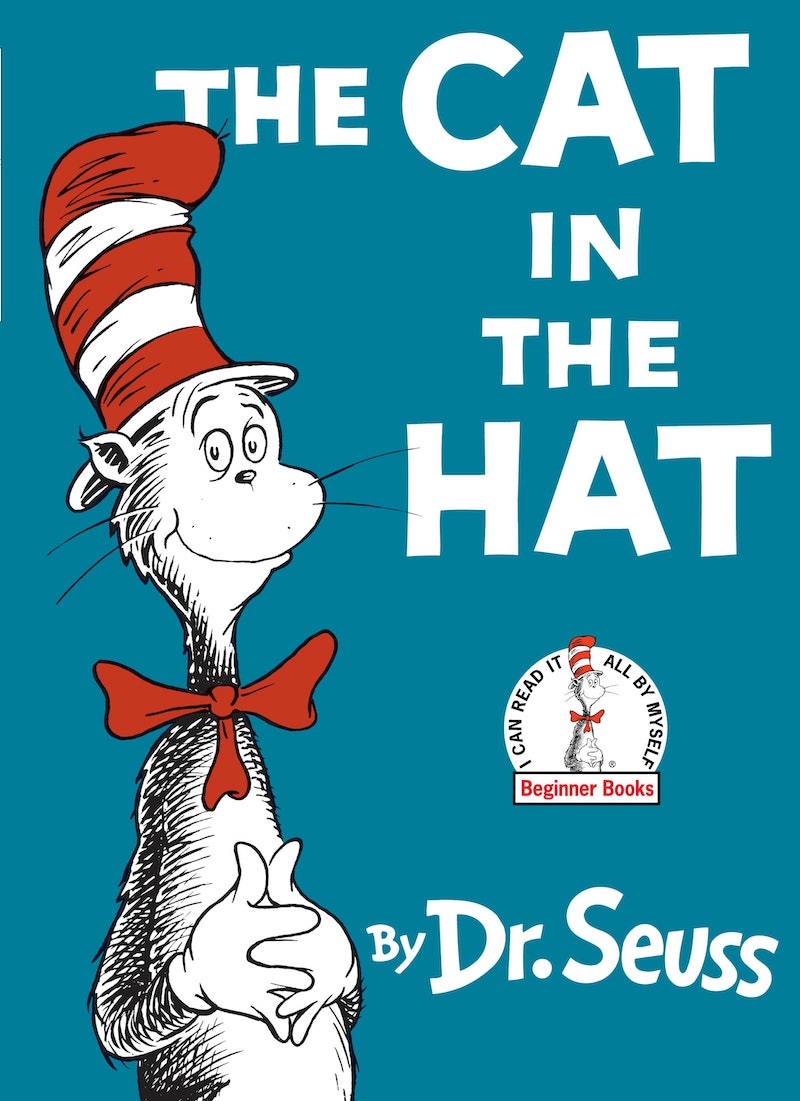 Dr. Seuss Enterprises and Random House Children's Books have given us a candidate we can all get behind with One Vote, Two Votes, I Vote, You Vote: a new picture book, in which the Cat in the Hat runs for president. The book accompanies a real-life campaign, as the Cat — dubbed "the one and only Kids' Candidate" — and his running mates, Thing 1 and Thing 2, host an election to determine which of five charities will receive a $10,000 donation.

Aimed at children ages 5 to 8, One Vote, Two Votes, I Vote, You Vote teaches readers about democracy, the importance of voting, and the history of the U.S. election process. With his new book, the Cat joins the ranks of children's book characters with books about voting, which include Arthur the Aardvark, Amelia Bedelia, and Bad Kitty.

The Cat in the Hat for President campaign focuses on a platform of good works. The campaign website allows kids to vote for one of five causes, each of which is linked to a Dr. Seuss character: The Cat in the Hat's Dick and Sally represent Education (First Book); Red Fish and Blue Fish support Ocean Conservation (Oceana); The Lorax speaks for the Environment (Conservation International); Sam-I-Am wants to Fight Hunger (Feed the Children); and Horton believes in Kindness for All (PACER Center).

To learn more about the Cat in the Hat's presidential campaign, watch the video below. Be sure to spread the word on Twitter, using the #catinhat4prez hashtag. The Cat will kick off his campaign on Tuesday, at a rally on the steps of Dr. Seuss' childhood home in Springfield, Massachusetts.

Now we all just have to hope this turns out better than the last time the Cat in the Hat ran for president.

More like this
Romance Authors Are Mobilizing For Reproductive Rights
By Natalia Perez-Gonzalez
This Episode 6 Moment Foreshadows Viserys' Fate On 'House Of The Dragon'
By Grace Wehniainen
Ling Ma Is Back — This Time, With Yetis
By Kate Dwyer
What Is A "Hot Girl Book" & Why Is Everyone Talking About Them?
By Samantha Leach
Get Even More From Bustle — Sign Up For The Newsletter