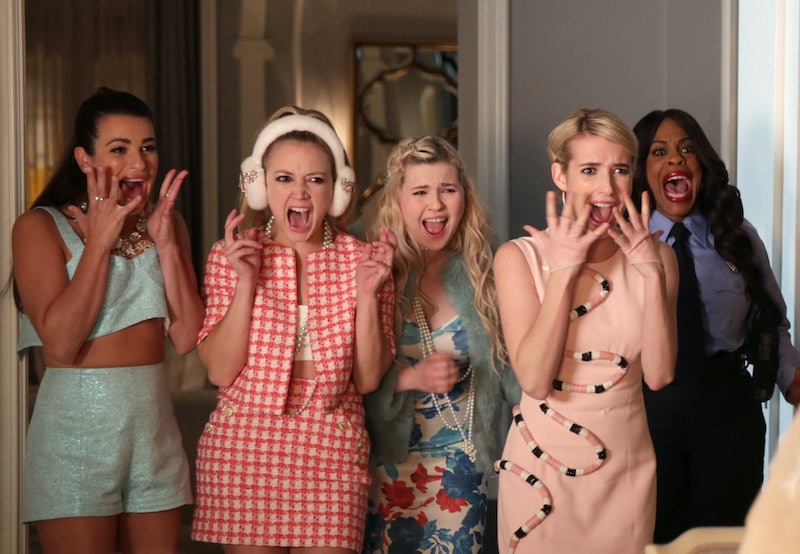 Last night while a good portion of our nation was paying rapt attention to Michelle Obama's speech at the Democratic National Convention, some of us were paying attention to the real hard hitting news: Instagram is down, and has been since last night. Bustle has reached out to Instagram to ask what is going on and will update upon their reply, but in the meantime, the mystery is only heightened by the hilarious tweets about Instagram being down that flooded the internet.

See, when Instagram started closing people out of the app and refusing to update their timelines, they naturally wanted to make sure they weren't alone in this Valencia-less new world. Enter Twitter, where the trending hashtag #InstagramDown got some brave 'grammers through the night. It turns out that the people who are regularly frequenting Instagram have saved up all their 140 character slices of sass, too, because the sauce got very real. It turns out people are very protective of their nighttime pre-bed Instagram-stalking rituals, and really, who can blame them? Hopefully they all fell asleep instead to the sweet lullaby of people sounding off on Twitter about trying to navigate in a world without artfully filtered city streets and morning coffees.

For your references, here are some of the best reactions:

Losing All The Sleeps

Trying To Science Your Way To Freedom

Blast From The Past

Some People Just Want To Watch The World Burn

Resorting To Plan B

Future Generations Will Remember This Day Of Days

Good luck, humans of Instagram. And in the meantime, A+ tweets. Maybe you should hang out with us Twitter dorks more often? #JustSaying.