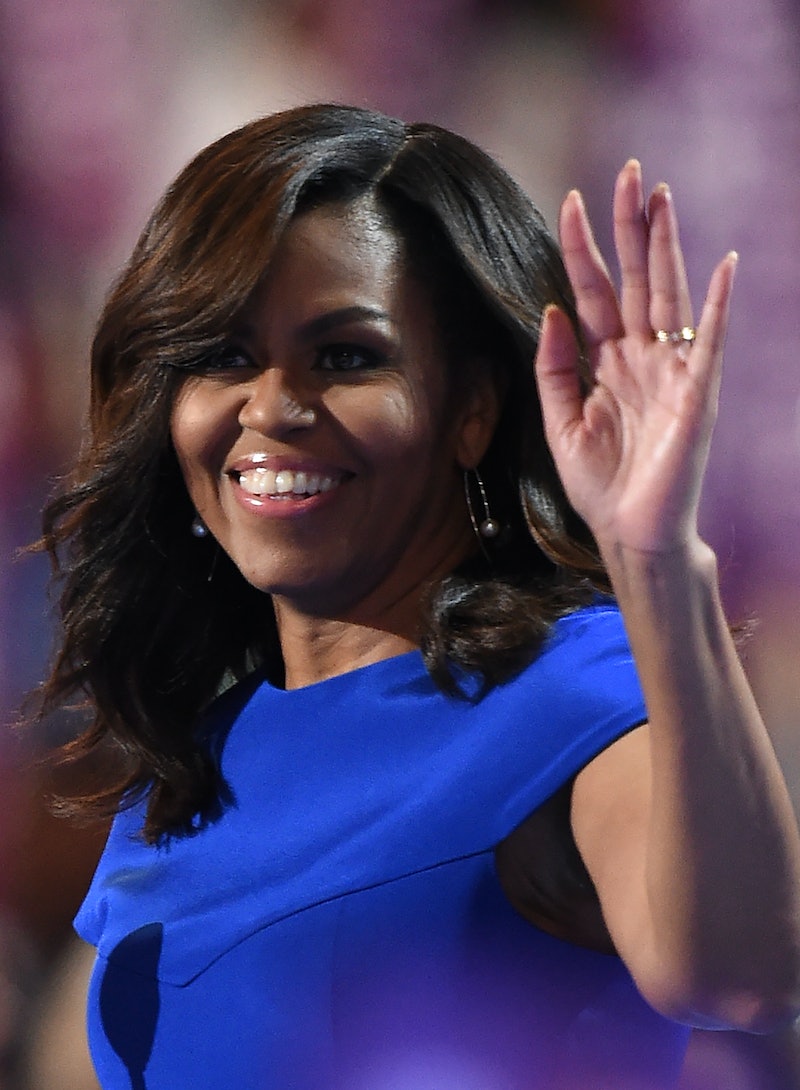 After last week's #Speechgate at the Republican National Convention, Monday night was Michelle Obama's chance to blow the country away. And man, did she not disappoint. The first lady's speech at the Democratic National Convention showcased all her incredible talents: her oration skills, her political insight, and, of course, her shade-throwing abilities. Although the speech is infinitely better, and you should totally watch it if you haven't already, the internet responded with some hilarious memes about Michelle Obama's DNC speech which show why she's such a beloved first lady.

Although it's unlikely that Monday night marked Michelle Obama's last time on the DNC stage, there was a distinct bittersweet feeling to her last DNC speech as first lady. Many viewers, and even convention attendees, grew up with the Obamas in the White House, and have barely known any other first lady. To many in the millennial generation, she embodies the grace, intelligence, and savvy that a modern first lady requires, and the thought of her leaving the White House in January is just as distressing as the thought of President Obama leaving.

These memes and images are just a small example of how much praise and love Americans have for Michelle Obama, and why she'll be remembered as one of the greatest first ladies in this country's history.

More like this
What Is Barack Obama’s Net Worth? He Makes *Way* More Now As An Ex-President
By Hugh McIntyre
10 Times Diana & Meghan Spoke Similarly On The Royal Family
By Sophie McEvoy
Twitter Can’t Get Enough Of The WAGatha Christie Trial
By Nola Ojomu
How The City Healed Five Years On From The Manchester Arena Attack
By Ella Glover
Get Even More From Bustle — Sign Up For The Newsletter