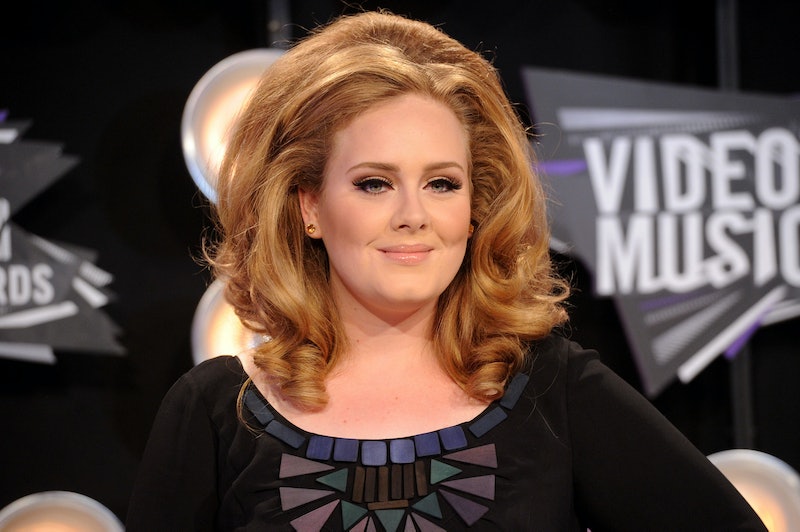 The MTV VMA nominations are in, and one artist's dominance over this year's categories should come as no surprise. Hello, I'm talking about Adele. After you wipe that non-shocked look off your face — because we all knew this was coming — the question remains: Just how many VMAs is Adele nominated for? Per MTV's Tuesday afternoon announcement, the singer has earned herself eight nominations, with seven of those alone being for her record breaking, earth shattering "Hello" music video.

Adele's latest album, 25, was emotional, visceral, and all the things you'd expect from the 13-time Grammy winner and downright immensely talented individual — though that doesn't necessarily mean she'll be taking home eight Moon Mans. This year, she's up against some intense competition like powerhouse artist/actual queen Beyoncé, Rihanna, and Kanye West, who all released unforgettable albums and visuals this year.

Not that "Hello" doesn't have a good shot — the video is a beautiful, monochromatic force to be reckoned with, and, back when it came out, was the topic of almost everyone's conversation. In fact, in January, "Hello" became the fastest music video to break one billion views on YouTube. So yeah, it's fair to say that even though the competition's tight this year, Adele's not going down without a fight.

Below, Adele's nominations for this year's VMAs.

Video of the Year

And, if you need a reminder of why "Hello" seems to be so present on this list, well, here you go. You're welcome.

What a way to return to the music industry this year, Adele. Good luck to you — and to all those listed.