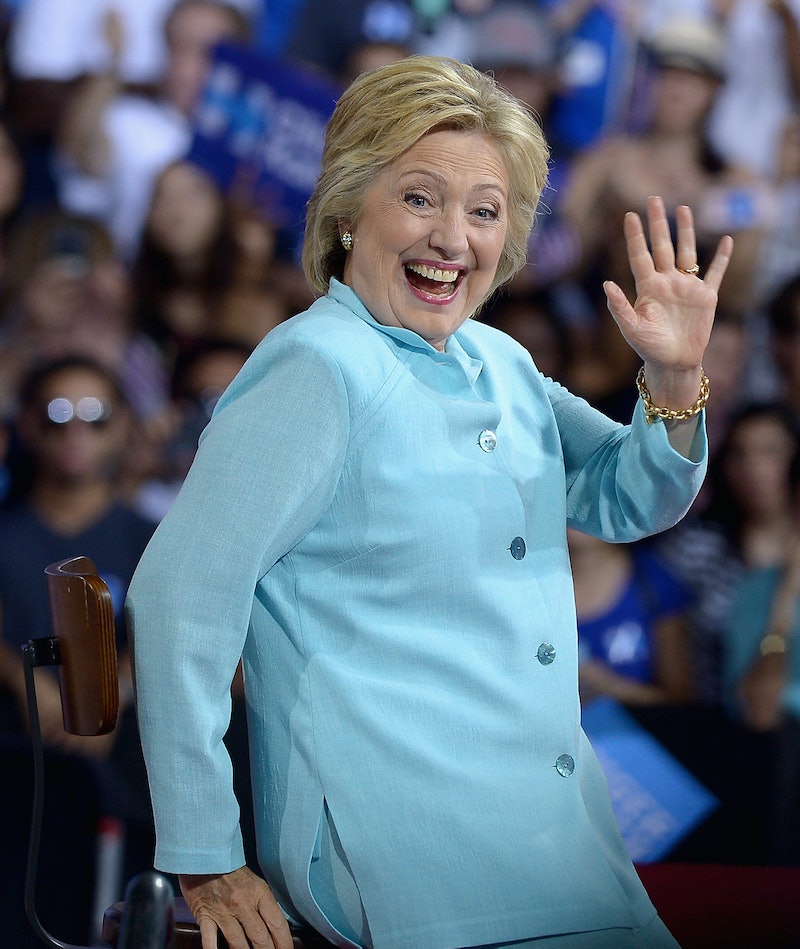 The Democratic National Convention is finally here, and for the first time this entire election cycle, it feels appropriate to start looking forward to a Hillary Clinton presidency. Assuming that Clinton wins the White House in November, there are a lot of logistics that need to be arranged, and one of the most vital is choosing the people to fill Cabinet positions. Although this is almost entirely speculation, my Hillary Clinton fantasy Cabinet draft for some of the Cabinet positions is just an idea of who might be among the best group of people to support Clinton throughout her presidency.

Choosing a cabinet is one of the most important things a president does in their entire time in office. The first 100 days of a presidency are the most critical of the whole term, and putting quick thinkers and effective leaders in those Cabinet positions is one of the key steps to helping a president conquer their goals for that glorious, but brief, window. The DNC just approved the most progressive party platform ever, and Clinton is going to need some A++ helpers to put those plans into motion, especially since Congress is expected to stay under Republican control. The executive departments could have an unprecedented amount of influence in Clinton's presidency, and these people could be the perfect choices to lead the department through that transition.

Sullivan is Clinton's top foreign policy advisor and served as her deputy chief of staff during her time as Secretary of State. Foreign policy is going to be one of the biggest concerns of her entire presidency, so she's going to need someone she can really trust heading the State Department.

Secretary of the Treasury — Elizabeth Warren

Warren is an esteemed champion for financial safety of the American people, and putting her in charge at the Treasury Department seems like an amazing use of her talent and passion. She's worked closely with the Treasury when she was forming the Consumer Financial Protection Bureau, and she's even said that the idea of being Treasury Secretary is a "fun thought."

A graduate of Harvard and Oxford, Flournoy is the former Undersecretary of Defense for Policy and founder of the Center for a New American Security. She's absolutely overqualified for the position, and she's widely rumored to be offered the post if Clinton is elected.

Lynch has been a baller attorney general, and since she just came on as AG last year, she should get to stick around for a little longer. She fits right into Clinton's platform of reducing police violence and fighting for LGBTQ+ rights, so she should fit right into her administration.

Bernal is the president and CEO of YES Prep, a charter school organization that's made serious strides in improving how America educates its kids. Clinton is a big proponent of charter schools, despite opposition from teachers' unions, so support from an experienced educator and reformer might be the help she needs to accomplish real change in the education system.

The First Lady has spent her entire tenure fighting to my this country a healthier place, and as Secretary of HHS, she can keep working towards those goals. Mostly, I just want to see how she would incorporate Pokémon Go into her administration.

Rev. Daughtry is this year's CEO of the Democratic National Convention Committee, and all her hard work has definitely shown through already. Before that, she served as the Acting Assistant Secretary for Administration and Management in the Department of Labor during the last Clinton administration, so she seems pretty well primed to take over as the head honcho.

As a veteran herself, Gabbard knows firsthand the difficulties of serving in the United States military. The VA is notoriously mismanaged, but Gabbard seems like she's got the chops to accomplish some real change.

Secretary of the Interior — Bernie Sanders

Sanders campaigned extensively on climate change policies, so putting him in charge of the nation's conservation efforts makes a ton of sense. Appointing Sanders as Interior Secretary is a great way to include his passionate followers in the Clinton administration, as well as his progressive agenda.

The position isn't Senate confirmable, so I'm gonna dare to dream. This is fantasy, after all.