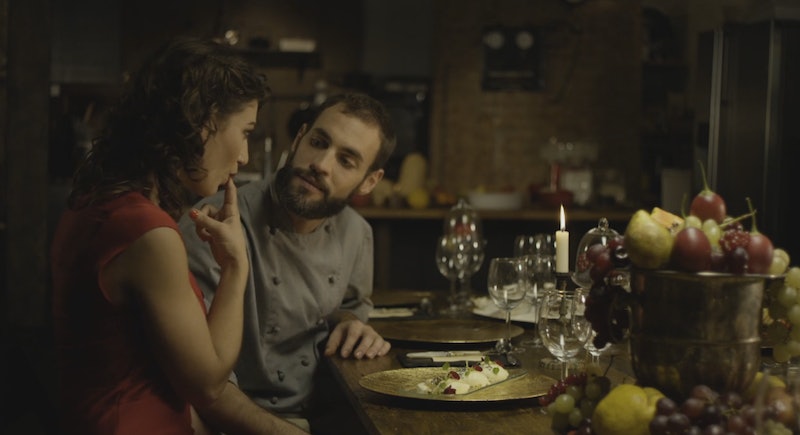 So when I stumbled across feminist pornographer Erika Lust’s work, I couldn’t believe how hot it was. The very first thing I watched was the SFW (mostly — like, I’d make sure no one can see your screen if you’re going to watch it at work) short film she did called Do You Find My Feet Suckable. Most of the film doesn’t involve any sex at all but rather a lot of loaded, hot, sexy looks between a man and a woman who I’d totally have dirty thoughts about if I met them IRL. I found myself literally holding my breath in anticipation the first time I watched it and it made me hungry for more of Erika’s work.

1. For Starters: Do You Find My Feet Suckable

"A guy who desires a girl, a girl who wants to be desired. Sexual chemistry within context, narrative, and eroticism, and fetish that's free from all misogynistic connotations. In this special SFW, all without the explicit sex!"

2. If You Like It Light And Easy: Boat Buddies With Benefits

"Someone once said, 'There's only a certain number of ways for you to film sex.' That person clearly never watched XConfessions' films! We do these crazy things like filming a fun sex story in the middle of the Mediterranean. Welcome on board!"

3. If You're Into Good Wine, Good Food, And Good Sex: Eat With Me

"Dolly Parton once stated, 'My weaknesses have always been food and men, in that order.' Press play on this and if you think this is like anything you've seen before, I'll go on hunger-strike for a week."

"Directed by Ovidie, this feature film has everything you would expect from a Hollywood film: an interesting story, catchy characters, a well thought drama. But instead of cutting black when things get hot, you get to see the full action!"

5. If You Felt 50 Shades of Grey Didn't Reach Expectations: The Submission of Emma Marx

6. If You Listen To Indie Music: Female Fantasy

"Remember that feeling of being at the bus stop, staring at the super cute boy next to you? Remember what you feel like doing while looking at him? Yes, exactly."

7. If Your Marriage Needs Some Spicing: Second Chances

"Again, Jackie St. James! And again, directing a film that's perfect to be watched when lying in bed right next to your husband. It has narrative, drama, good photography and lots of relatable sex. The best part? It's OK if you don't watch it until the end."

8. If You're Trying To Find Your Tone: Life Love Lust

"Three interpretations of sex: as part of life, as the result of love, and as an act of pure lust. Recommendable if you're figuring out what turns you on. Directed by moi."

9. If You'd Rather Not Relate: A Night in Japan

"There are women who rather watch characters living completely different lives, un-relatable from their own. This artsy film has fantasy, fetish, mystique and adventure, and it's very pretty to look at."