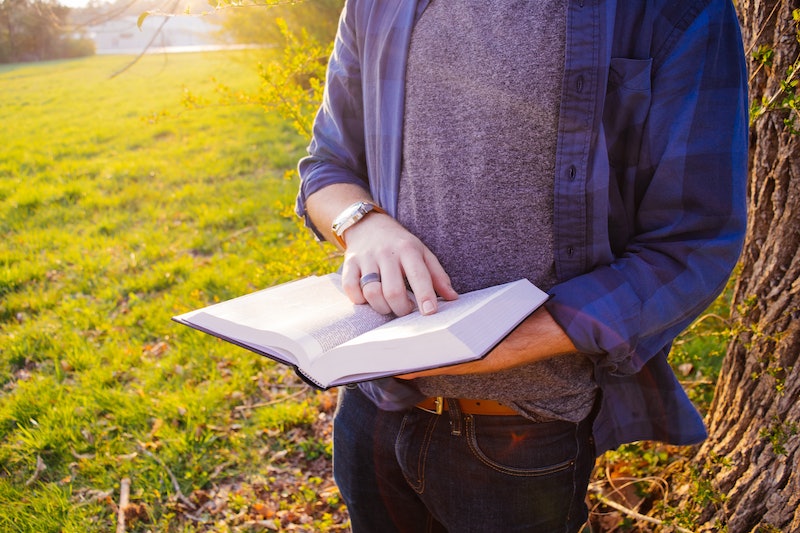 Science has finally confirmed what every book nerd has known forever: reading fiction makes you a better person. The University of Toronto's Keith Oatley says that "[p]eople who read more fiction [a]re better at empathy and understanding others," in spite of the stereotype that nerdly types are socially inept.

Oatley is the author of one of many studies confirming that reading fiction makes you a better friend, neighbor, and citizen. His research fits in with more than a decade of study devoted to determining what effects a regular reading habit might have on an individual's personality and people skills.

Note that the fiction you consume doesn't have to be in book form in order for you to benefit. The Washington Post reports that "people viewing dramatic television shows ... or playing immersive, narrative video games" reaped the benefits of reading fiction in much the same way as book nerds did.

More recently, in 2013, researchers have discovered that people who read literary — as opposed to genre — fiction were more capable of determining what others were thinking and feeling. Another study found that people "who read an excerpt from a novel about a Muslim American woman were less likely to make broad assumptions based on race than those who just read a synopsis of the story."

And, of course, people who read Harry Potter are less likely to support Donald Trump. Knowing that, I don't think we need more evidence that reading makes you a better person.