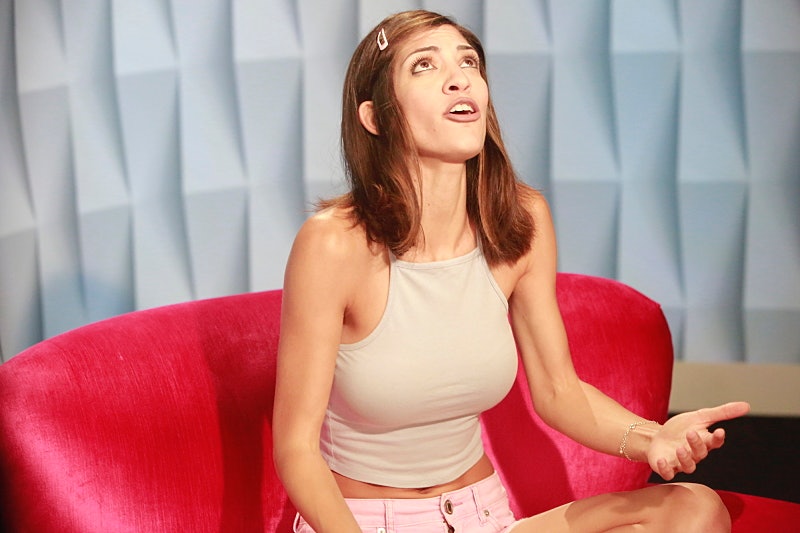 Another day in the Big Brother house, and another twist that made all the houseguests freak out. The Secret Room Twist is the fourth twist of the season, and it's one that has never been seen before on this show — so you know it's big. Emotions ran high as the players made sense of who had gotten into the Secret Room and what it meant for each of them. Leave it to the Big Brother houseguests to get all up in arms over a bunch of cards — but up in arms they were. (If you missed it, there were cards inside the "secret" room, and each of the players were able to choose one.) So, how do the secret room cards work? It turns out that this twist could have a big impact on the game.

Well, to say the least, these cards don’t just offer lame prizes like free massages and an extra helping of slop. Each of the houseguests who makes his or her way into the Secret Room is able to choose from one of 12 cards. Only one of the cards has anything on it that any of the houseguests would really want. The other 11 cards are total duds that won’t have any real effect on the game.

So what’s the big surprise waiting in one of the cards? It’s a round trip ticket back in to the house!

Here’s the way it works: Each card is a “ticket,” and each ticket is either a one-way ticket out of the house or a round-trip ticket back into the house. There is only one round-trip ticket in the bunch, but the person who has it won’t be revealed until they're evicted. Because that’s the other thing: None of the players are allowed to open the ticket until they're evicted from the Big Brother house. If someone does, the ticket will instantly become null and void.

It’s a tricky twist, but one that could definitely shake things up in the Big Brother house. So, don’t get too depressed the next time your favorite houseguest is evicted. They may just be the one with a round-trip ticket in their hands.