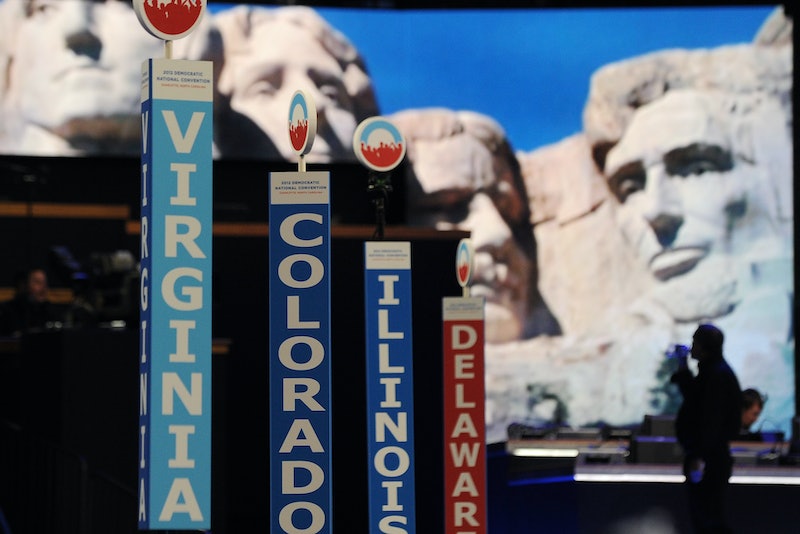 On Tuesday, during a roll call vote of the states at the Democratic National Convention in Philadelphia, Hillary Clinton made history by becoming the first female presidential nominee of a major political party in the United States. Throughout the roll call, Clinton edged closer and closer to the 2,382 delegates she needed to secure the nomination, and it was South Dakota that put her over the top. South Dakota delegate and State Rep. Shawn Bordeaux opened with a greeting in the Lakota language, which was an important example of representation for Native American communities.

Of the 28 delegates that South Dakota had at the DNC, four were Lakota: Alli Moran of the Cheyenne River Sioux Tribe, Shawn Bordeaux and Allison Renville of the Sisseton Wahpeton Oyate Tribe, and Cecilia Fire Thunder of the Oglala Sioux Tribe. According to South Dakota Democratic Party chair Ann Tornberg, they helped make up "one of the largest and most diverse Statewide Caucuses" that South Dakota has ever had.

The representation of indigenous communities in political spaces is vital, especially given that the United States has been built on the displacement, genocide, disenfranchisement, and discrimination of/against Native American populations. For the Lakota language to be spoken at the Democratic National Convention is a historic moment in and of itself. As many Twitter users pointed out, it was a moving instance of representation for a community that has repeatedly been ignored in the political sphere, despite making its presence known.

It's clear that hearing the Lakota language spoken on the convention floor was valuable for a lot of people. It's also extremely important in the context of the Democratic Party. Four years ago, the Democratic Party included these passages in its official platform:

Tribal Sovereignty. American Indian and Alaska Native tribes are sovereign self-governing communities, with a unique government-to-government relationship with the United States. President Obama and Democrats in Congress, working with tribes, have taken unprecedented steps to resolve long-standing conflicts, finally coming to a resolution on litigation — some dating back nearly 100 years — related to management of Indian trust resources, administration of loan programs, and water rights.

The President worked with Democrats to pass the HEARTH Act to promote greater tribal self- determination and create jobs in Indian Country. The Affordable Care Act permanently reauthorized the Indian Health Care Improvement Act to improve care for Native Americans. Democrats enacted the Tribal Law and Order Act, support expansion of the Violence Against Women Act to include greater protection for women on tribal lands, and oppose versions of the Violence Against Women Act that do not include these critical provisions. We will continue to honor our treaty and trust obligations and respect cultural rights, including greater support for American Indian and Alaska Native languages. Democrats support maximizing tribal self-governance, including efforts for self-determination and sovereignty of Native Hawaiians.

But during his first term, some tribal leaders said that Obama and the Democrats were making "lofty promises" to Native American communities that were not kept. Now, in 2016, the new Democratic party platform included input from Deborah Parker, the former vice chair of the Tulalip Tribes. Parker was appointed by Vermont Sen. Bernie Sanders to the DNC Platform Drafting Committee. Sanders was also lauded for extensive outreach to Native American communities, and for his appointment of former Obama appointee Nicole Willis as his National Tribal Outreach Director. But now that Sanders has conceded the nomination to Clinton, the visibility, representation, and rights of Native American communities must still be a priority for the Democrats. Which is why it's so significant that there was Lakota representation on the convention floor.

An earlier version of this article mislabeled Allison Renville of the Sisseton Wahpeton Oyate tribte as Lorraine Walking Eagle. Bustle apologizes for this error.