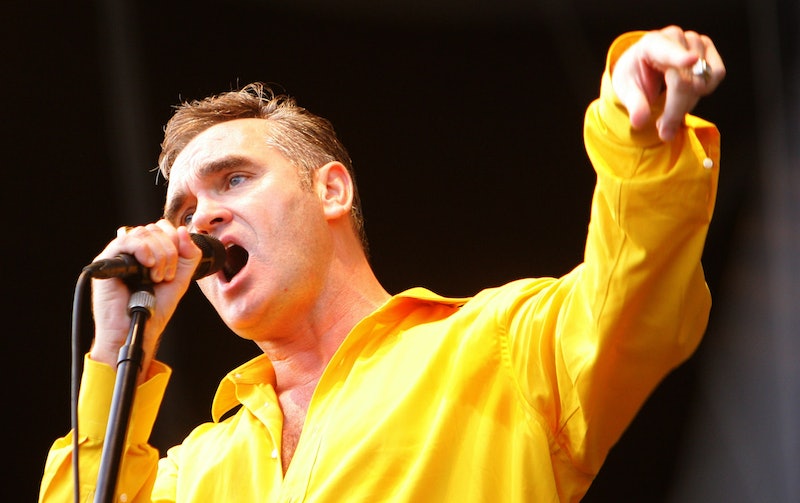 Remember when Morrissey threatened to stop touring in 2015? Thankfully, the world's most widely-esteemed miserabilist has had a change of heart and is taking to the road again and touring the entire world, preaching the gospel of infinite sadness. Sure, why the hell not. The Morrissey 2016 tour will kick off in Berlin, Germany on August 16 and then proceed to take the ultimate fantasy gap-year route. So how do you get tickets to Morrissey's 2016 tour?

For those who aren't in the know, the tour will tick off Manchester (where better to see him play than his hometown, the place he honed his craft?) before hitting all the places you could feasibly imagine do really good craft beer: Brooklyn, Tokyo, Hong Kong, Jakarta, Singapore City, Bangkok, Melbourne, as well as heaps of other dates — with special emphasis on the US. He's even headlining Chicago's Riot Fest.

Seriously: no longer will we refer to North America as the United States of America after this year. Oh, no. I promise you, by the end of 2016, we'll be jonesing to rename it the United Smiths-Soloist of America. No, you stop. If Steven Patrick Morrissey needs some help with keeping the mood nice and sad, just as a Morrissey tour should be, I'm totally down for stowing away in a backpack and weeping gently. Yes? Great.

Tour dates are as follows, via True To You:

It doesn't appear as if tickets are on sale for all the dates yet, but you can buy tickets for Riot Fest here and tickets for Berlin, Manchester, Israel (the dates for which don't seem included in the official list — but he'll be there in Tel Aviv and Caesarea on August 23 and 24) and his one non-Riot Fest Chicago date here. If you're hungry for tickets to the other locations, keep a look out at this link for more tickets for future shows, because they're a'comin'.