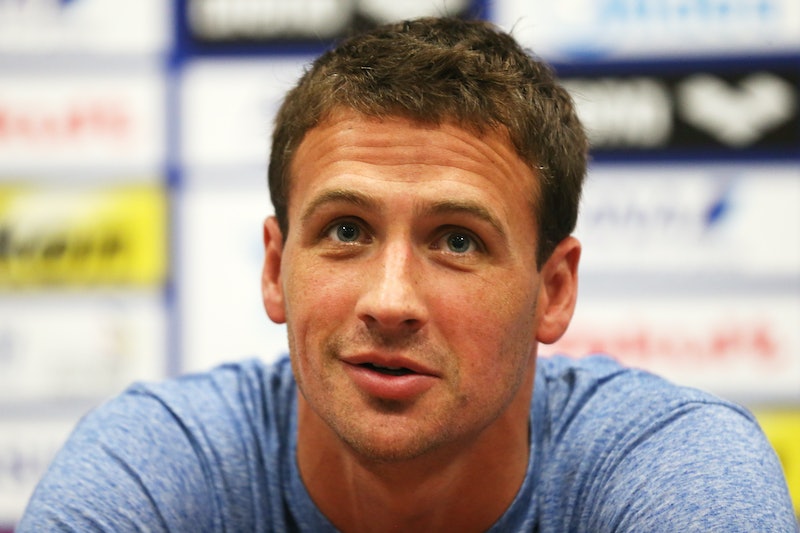 Excitement surrounding the 2016 Olympic Games is at an all time high now that the games have officially begun. Olympic athletes are essentially the real life versions of Greek gods, with their insane physiques and uncanny physical talent. But, even though they can do things that the average human can't, they're still just like you and me. They do totally normal everyday things, like eat food and have sex. Sure, every normal thing they do is to a more extreme extent, but that's besides the point.

If you've ever dabbled in the world of online dating, then you should be happy to know that you have something in common with many Olympians. There are a bunch of Olympic athletes who are swiping right on Tinder, just trying to meet other hot people, just like the rest of us! And, with the Olympics currently in full swing, swiping left and right has become everyone's new favorite sport.

Since the beginning of the games, there has been a 129 percent increase in matches on the dating app in the Olympic Village area, according to Tinder. But the swiping sport doesn't end there – people with Tinder Passport have also been trying to match with these athletes. Passports into Rio have increased by 211 percent, which means it's probably about time that we all upgrade to Tinder Premium.

Curious about which athletes you might come across on the app if you Passport into Rio? I know I am, so I did some digging and found out which Olympic athletes have profiles on Tinder.

1. "I heard it took off in Sochi [at the 2014 Winter Olympics] and then people were talking about it and I was like, 'Let me try this.' So I got on it and I've been matching up with a bunch of gorgeous women who are smart, they have professional jobs and everything. I'm like, 'Wow, this is perfect.'"

2. "I guess it was the first thing people did when we got to the village — we checked Tinder. Who you think's hot, see if they do, too. I'm not sure how much further it goes than that for me."

4. "Swipe right all day. Got to keep your options open. I've gotten quite a few notifications that say, 'This person wants to kiss you.'"

5. "Can't wait to Tinder in the Olympic Village in Sochi"

6. "Tinder in the Olympic Village is next level. It's all athletes! In the mountain village it's all athletes. It's hilarious. There are some cuties on there... There was a point where I had to be like OK, this is way too distracting. I deleted my account to focus on the Olympics."

7. "I made an account like months ago on the advice of some of the bobsledders... I just laughed. I haven't gotten on it, but now I'm curious."

Tinder was clearly a huge success two years ago in Sochi, so here's hoping that more athletes jump on the Tinder bandwagon in Rio this summer — and tell us all about their next level dating app adventures.