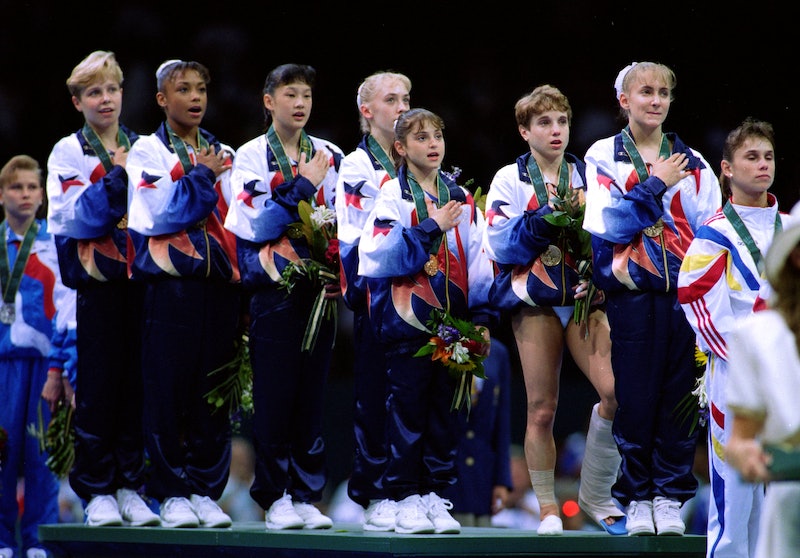 I know that the 2016 Summer Olympics in Rio, Brazil will start basically at any moment, and I'm sure they'll be great. But if you’re as into the Olympics like me, you’re probably also pining for some of the Olympics moments of days past from other epic showdowns in places like Salt Lake City, London, Nagano, Sydney, and Beijing. Let’s reminisce about all the great events of previous Olympic games while we wait for Rio to really heat up by watching past Olympics events online.

I’ve been watching the Olympics since I’ve had eyes, and I just want to relive some of the nostalgia. Fortunately, the Olympic website has a smorgasbord of videos from past Olympics for you to sift through. Seriously — this thing is a veritable cornucopia of Olympics memories. Most sports in all of the recent games are covered, so if you want to watch a video of the Magnificent Seven from the 1996 Atlanta games or watch Tara Lipinski become the youngest winner of an individual Olympics figure skating event, you’re covered. In fact, here are some of the best Olympics moments to rewatch while you wait for Rio's events to begin in earnest on Aug. 5.

The “Miracle” On Ice

In 1980, not a single team was favored to beat the Soviet hockey team, but the rag-tag group of United States hockey players had other ideas. On February 22, 1980, the United States men’s hockey team shocked the world when they beat Russia. But wait — that wasn’t even the final game! In the same week, the United States took on Finland, winning the gold medal. Sorry, Cold War. Your time was up.

Throwing yourself off a platform stories in the air and expecting to land without a splash is hard enough as it is, but Olympic diver Greg Louganis made it even harder on himself when he smashed his head on the diving board during the preliminaries for the 1988 Olympics in Seoul, Korea. No matter, though — he channeled those stitches into two gold medals.

Really, this one wasn’t even fair. In the 1992 Barcelona Olympics, the best players in the NBA at the time (and, really, of all time) banded together to represent the United States in basketball. Michael Jordan, Magic Johnson, Larry Bird, Charles Barkley, and more absolutely trounced the competition, earning — nay, snatching — a gold medal.

Getting to the Olympics is very commonly a family affair, and that’s how Derek Redmond, a British runner, crossed the finish line at the 1992 Barcelona Olympics. Halfway through the 400 meters, he tore his hamstring (yikes), but he refused to stop running, even though he was in crazy pain. Seeing his son in distress, Redmond’s father leapt over the railing from the stands, stood next to his son, and helped carry him to the finish line. I’m crying just recapping this moment.

In the 1996, the United States women’s gymnastics team had never won an all-around gold medal, and they were prized to do it when Russian started breathing down their necks. They needed one great score on vault to take home the top spot, and it was Kerri Strug’s turn. Her first attempt was bad, but her second? Oh, her second was perfect, and it brought home the gold for the United States. She actually broke her ankle in the process, but that picture of coach Bela Karolyi carrying her around in victory is still iconic.

What’s your favorite Olympics moment? Hopefully, Rio will bring on some for the record books.

More like this
What Is Jeanie Buss' Net Worth? The Lakers President Is Uber Rich
By Hugh McIntyre
Jake Daniels Just Became The UK’s First Active Football Player To Come Out As Gay Since 1990
By Sam Ramsden
Rebekah Vardy & Coleen Rooney’s Trial Has Officially Begun
By Bustle UK
Twitter Was Saying The Same Thing About Sam Ryder’s Surprising Eurovision Result
By El Hunt
Get Even More From Bustle — Sign Up For The Newsletter