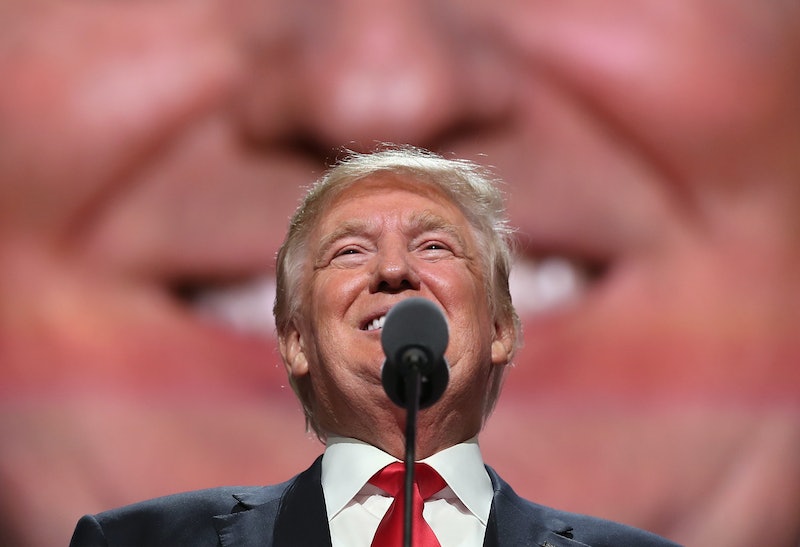 At a press conference in Florida Wednesday morning, Republican presidential nominee Donald Trump invited Russia to hack Democratic Presidential nominee Hillary Clinton's emails. "Russia, if you're listening," said Trump, "I hope you're able to find the 30,000 emails that are missing."

This comes after a week of speculation that hacker Guccifer 2.0 was a front for Russian intelligence hoping to sway the American election. Though Trump reaffirmed at the presser that “I have nothing to do with Russia,” his praise for Russian President Vladimir Putin (among other authoritarian leaders including Saddam Hussein and Kim Jong Un) and his statements suggesting he might not honor NATO have been widely considered as friendly towards Putin and his regime.

Still, Trump is nothing if not a skilled rabble-rouser: by conflating the issue surrounding the DNC email hack with the scandal surrounding Clinton’s private email server, he’s breathing life into a news story that, while not totally over, was starting to fade into the background (to his undoubted political benefit). While the relevant wider question of “Why can’t the Democrats keep their email sh*t together?” might keep left-leaners like myself up at night, Trump seems willing to give us just enough juice to keep the conspiracy theories alive.

The press conference continued on a typical Trump roller-coaster fashion, including attacks on President Barack Obama, who he said “will go down as one of the worst presidents in history,” and calling him “the most ignorant president.”

When pressed by NBC’s Katy Tur on his invitation to Russian hackers, Trump got defensive, eventually telling Tur to “be quiet.” “I know you want to save [Clinton],” he added.

Trump doubled-down on his invitation to the Russian hackers with a tweet following his press conference.

Among other questions raised at the press conference included the lingering question of Trump’s unreleased tax returns. “They’re under audit,” he said. His campaign manager Paul Manafort appeared on CBS This Morning to confirm the message, saying that the returns were under audit and that he would not be releasing them. When asked if Trump had any financial relationships with any Russian oligarchs, Manafort stumbled a little, saying “That’s what he said, that’s what I — that’s what our position is.”