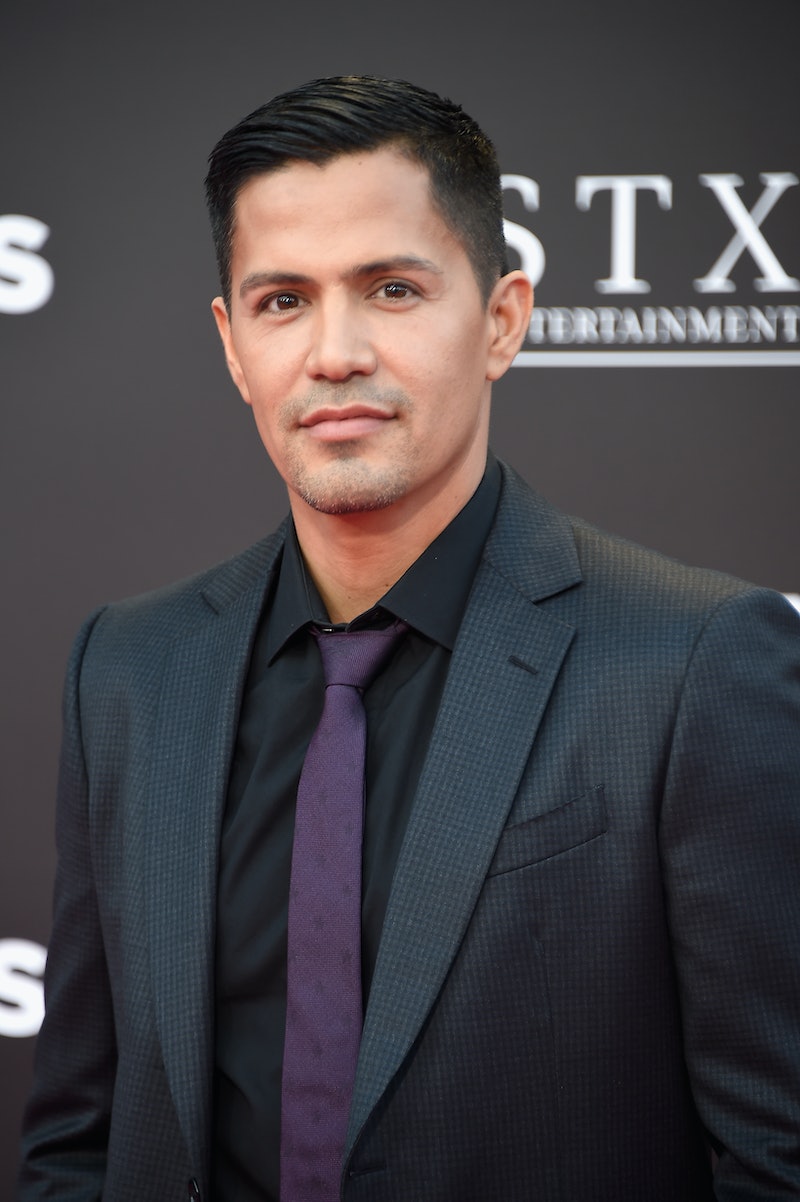 Bad Moms should really come with a HOT DAD ALERT because the amount of hot dad in the movie really shouldn't take one by surprise, it's just plain dangerous. What it is about attractive fathers that make them a special kind of kryptonite to any living being, I have no idea. But, whatever it is, the filmmakers behind Bad Moms knew it. Bad Moms might be about mothers, but that doesn't mean there aren't a few shoutouts to dads out there, including Jay Hernandez, who plays Jessie, known around school as the hot widower. It's pretty easy to follow the moms in the movie and lust after Jessie — he's really pretty beautiful. He's so beautiful, it's crazy. He's like crazy beautiful. Wait a minute — the hot dad in Bad Moms is the hot guy from Crazy/Beautiful. Can you believe it?

That's right, Carlos, the hottie who helped ground a rebellious Kristen Dunst in the iconic 2001 drama, Crazy/Beautiful, plays the hot dad in Bad Moms and it is glorious. As a single father of one, Jessie knows Princess Elsa from Princess Anna and is generally the dreamboat among mothers — perfect and bad alike. He's also into Amy (Mila Kunis) and just all around too good to be true. But, let's face it, Jessie isn't gonna be memorable for being a well-rounded character. He's a hot dad, and that's good enough for me.

Since his breakout in Crazy/Beautiful, Hernandez has made a nice movie career for himself. He co-starred in the movie version of Friday Night Lights, starred as the poor torture victim in Hostel, and, more recently, had guest arcs on television shows Last Resort and Nashville. But, even after all these years, and all these other projects, Crazy/Beautiful remains his most defining role. (It probably helps that he has barely aged and looks just as attractive and adorable as he did in 2001.) But, thanks to Bad Moms, you no longer have to refer to him as "the guy from Crazy/Beautiful," you can just call him "the Hot Dad from Bad Moms."

Of course, those monikers will only be relevant for a few more weeks, until the release of Suicide Squad. In DC's next big action movie, Hernandez plays Chato Santana, aka El Diablo, a brooding, tattooed rebel who controls fire. So, he'll be more of a literal hot in his next movie.

More like this
Revisit 1992’s 'A League Of Their Own Cast' Photos After The New TV Series
By Grace Wehniainen
At 28, Lesley Manville Was Acting, Picketing, & Singing Kate Bush Songs
By Olivia-Anne Cleary
Shakira Joked About An Early 2000s Video Of Her First Camera Phone Encounter
By Stephanie Topacio Long
Netflix Reveals First Look At Wednesday In The 'Addams Family' Spinoff Series
By Bustle Editors
Get Even More From Bustle — Sign Up For The Newsletter