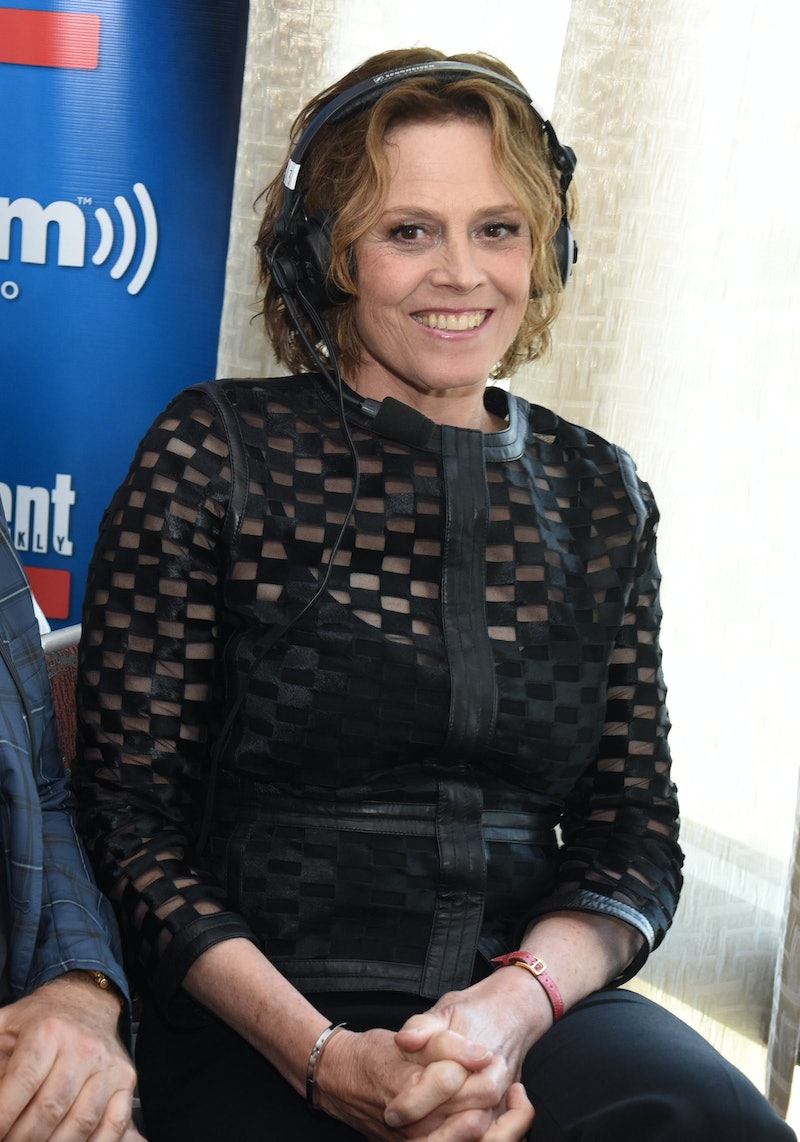 Hollywood superstar Sigourney Weaver gave a powerful performance in her role as a DNC speaker on Wednesday evening. The transcript of Weaver's DNC speech extolled Hillary Clinton, giving her praise for what Weaver said was Clinton's commitment to combatting the crisis that is climate change, something so many Republicans, including Donald Trump, have a tendency to ignore.

Weaver, hailed for her trailblazing role in Alien, was also a vocal supporter for Barack Obama during his two presidential elections. This is not the first time Weaver has tackled a political role. The actress also played Secretary of State Elaine Barrish in the 2012 miniseries Political Animals, a role which critics likened to Hillary Clinton. When the miniseries kicked off, Weaver talked about the importance of having a woman president, saying a woman is "needed to stir things up, get our country moving again. This stalemate in Washington can be broken by a woman."

And there was a specific stalemate she was talking about when talking about what Clinton could tackle as the first female president. Weaver introduced the "Not Reality TV" video, produced by James Cameron, about climate change Wednesday night. Here's what she had to say about Clinton and that terrifying reality that is global warming.

Wow. You guys are a dazzling sight.

I am here tonight, like you, because of my passionate commitment to our amazing democracy. And as an American, I am also deeply concerned about my family's future — indeed, our shared future, as a nation, because that future is at risk.

You see, when we talk about greenhouse gases and warming temperatures, deadlier droughts, and more devastating storms, we're not talking just about the weather, but how the weather affects the economy and, thus, our people. They're the people you'll see in a few moments, people affected by climate change right here in America, right now. They are us.

A rancher in Texas losing his herd because the cows have no grass to eat. A farmer in Kansas whose crops are dying because there's no rain. A mom in New York who lost her young daughter in a flood made worse by rising sea levels.

Can Donald Trump look these people in the eye and say climate change is, "a hoax?" That there's nothing we can do? This is a moment when we, as a nation, have to decide whether we'll ignore the truth and allow real people to continue to suffer, or whether we will put aside our differences, and come together to do what's right.

Hillary Clinton gets it. She cares. She's committed. She understands that taking a stand against climate change is not about politics. It's about our moral obligation to one another, to our children, and to the generations that will one day inherit this earth.

More like this
What Is Barack Obama’s Net Worth? He Makes *Way* More Now As An Ex-President
By Hugh McIntyre
How To Fight For Reproductive Rights, Based On How Much Time You Have
By Courtney Young
LGBT+ Men Fleeing Afghanistan Were Denied Asylum By The Home Office, New Findings Show
By Sam Ramsden
Harry Styles Called For "Backlash" In Powerful Statement On Abortion Rights
By El Hunt
Get Even More From Bustle — Sign Up For The Newsletter