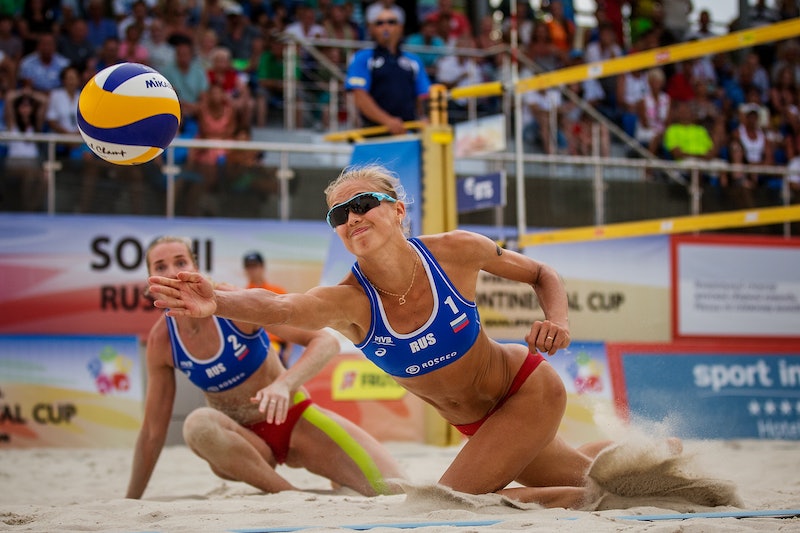 It's hard to believe that the 2016 Olympics are actually upon us. We've been counting down for years and the time has finally come. Most fans can't exactly pop down to Rio to take part in all of the excitement, so most of us will be watching the action from the comfort of our living rooms. If you're going to be watching from home, the event schedule will become you best friend and let me tell you, it's going to keep you busy with the sheer amount of events being aired this month. However, no sport is better matched with the 2016 Games' Rio setting than beach volleyball. It's like the sport was made for this beautiful location. If you agree and plan to watch every second of the action, you'll need to know the 2016 Olympics beach volleyball schedule, and according to NBC's official schedule, there will be volleyball matches from Aug. 6 through Aug. 18, including medal events in those final two days.

Volleyball is definitely the sport to watch because the United States has done notoriously well in past Olympics. In the 2012 Olympics in London, Misty May-Treanor and Kerri Walsh-Jennings dominated and took the gold medal. The silver medals also went to U.S. athletes, Jennifer Kessy and April Ross. This year, Walsh-Jennings and Ross are teaming up, so expect to see another dominating performance by team USA.

There is a very detailed schedule available on the Olympics site, but here is an overview of when you need to tune in to catch beach volleyball, including some notable matches. Note: All times are listed in ET.

Wednesday, Aug.10: Team USA's Jake Gibb and Patterson vs Spain at 10 a.m.; Walsh-Jennings and Ross vs. Switzerland at 8 p.m.

That's 13 days of Olympic volleyball to watch — I hope you've cleared your own schedule to make room for this one.