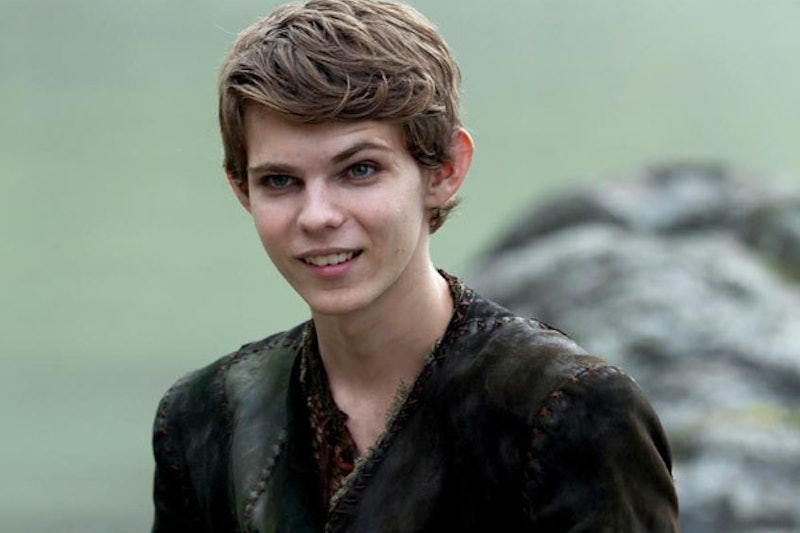 I used to love the animated Disney film Peter Pan when I was a kid, so I was pretty disappointed when Once Upon a Time took the charming, fun Peter Pan that I loved and turned him into a murderous, youth-obsessed psycho. (I had to deal with Little Red Riding Hood being a killer wolf, and now this?! Way to scar my childhood dreams forever, Once Upon a Time...) Now, I know that many of you checked out of Once Upon a Time when it seemed that we weren't escaping Neverland for many, many episodes, and therefore missed a generous amount of plot. If you checked back in for the mid-season finale, you were probably super confused as to why Peter Pan turned into an old man when Rumpelstiltskin stabbed him. (And if you never watched at all, that sentence must seem ridiculous.)

Loyal viewers, I understand your confusion, and I'm here to clear it up for you. For those of you who completely missed this whole plot line, I'm going to break down the Once Upon a Time family tree. Here it goes:

Peter Pan was not always Peter Pan. He grew up as a regular guy named Malcolm, who was kind of a jerk. He was a con artist who tricked people into betting money on a rigged card game. When a customer realized they had been tricked, they attacked Malcolm and took his money. Malcolm had a son named Rumpelstiltskin, whom he leaves with wool spinners when Malcolm loses all of his money. This makes Rumple sad.

Malcolm eventually returns to get his son, and the two run off to Neverland. Malcolm realizes that he can't take advantage of Neverland's power of belief (or fly) because, sadly, Neverland's magic only works on children. An Evil Shadow tells Malcolm he can exchange his son for eternal youth, which would enable him to engage in the magic of Neverland. Malcolm does, and is transformed into the Peter Pan that we see in Neverland.

And to give you just one more layer of Once Upon a Time history, here's what happens after all of that. Rumpelstiltskin, returns to the Enchanted Forest, where HE goes to have a son, Baelfire, better known as Neal. Baelfire/Neal ends up meeting Emma, daughter of Snow White and Prince Charming, in the Real World, and the two have a son, Henry. They give up Henry for adoption, and Regina/The Evil Queen adopts him in the Real World.

In conclusion, Peter Pan is Rumpelstiltskin father, Neal's grandfather, and Henry's great-grandfather. (And they say that this show is confusing.)