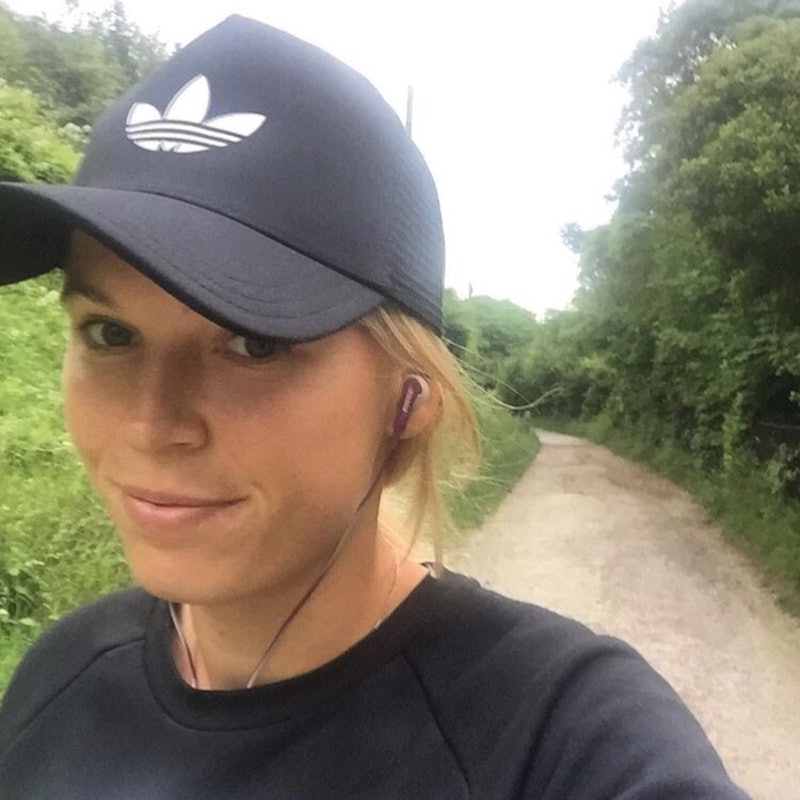 We’re officially one week away from the first weekend of the 2016 Summer Olympics in Rio and, if the thought of thousands of insanely talented and inspiring athletes competing in Brazil isn't enough to get you psyched, here's one more fun fact for you: This year's games boast the highest number of female competitors to date.

I'll be completely honest with you — I was never one to count down to the Olympics or follow the trials or medal counts, but this year I'm buzzing with excitement. Why? This is the year I learned a little bit more about tennis superstar Caroline Wozniacki and how she trained for Rio when she took over the Bustle App.

Wozniacki, a 26-year-old three-time Olympic athlete, will represent Denmark in next week's games and carry the Danish flag during the opening ceremonies. Impressive, right? I mean, when I think back to what *I* was doing at 26, well, let's just say that my routine involved a little more bar-hopping and a little less time in the gym. But what's even more impressive about Wozniacki is the fact that she fought her way to Rio after suffering an ankle injury. So, what's Wozniacki's secret? The one takeaway from the inspiring story that is her life? "Aim high and work hard and you can reach anything you put your mind to." Refreshingly simple.

On Thursday, July 27, Caroline Wozniacki took over the "2016 Olympics" stream in the Bustle App to give readers a taste of what it’s like to train for the Olympics and offer up her words of wisdom for aspiring athletes.

Wozniacki Was Sporty From The Start

"I started when I was 7," Wozniacki said. "I grew up in a sporty family so we would play a lot of sports growing up, but tennis was just the one I was best at! I worked hard towards my goal."

Sometimes Words Of Wisdom Can Be Refreshingly Simple

"You just keep focusing on your goal, why you started, and keep pushing through the hard times," Wozniacki continued. "It makes the good times seem even better!" As for the best piece of advice she's ever received? "Believe in yourself and don't let anyone tell you that you are not good enough." PREACH.

"I really respect strong-minded women (and men)," Wozniacki said. It's seems so simple, but being strong inside and out is easier said than done. Wozniacki stays on track with training while still maintaining a healthy, fun social life by finding balance in her life. "I play best when I can recharge my batteries off the court and spend time with my friends," she continued. "Get my mind off of tennis for a few hours every day!"

*This* Is How To Make It To The Olympics

"You have to work hard and have a bit of luck and lots of passion!" Well, there you go. Ready for the Summer Olympics yet?