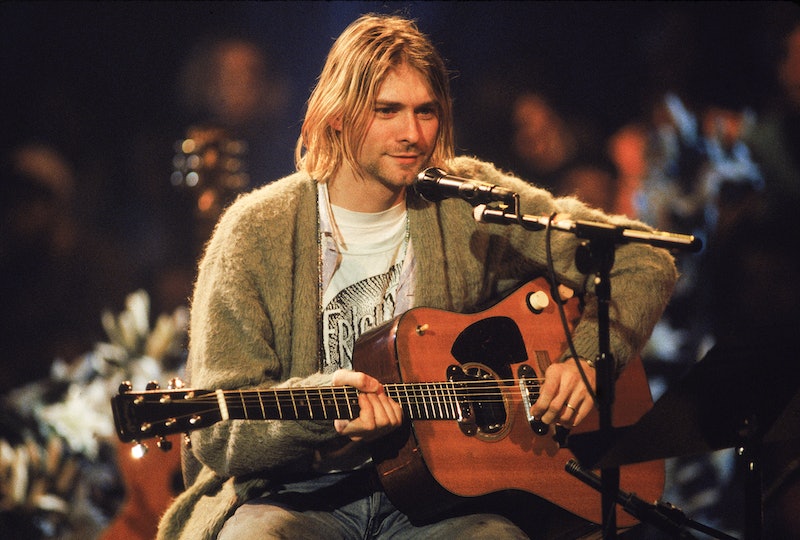 With the announcement that all of our wildest dreams have come true and we are indeed being gifted a channel that's specifically '90s-themed, we need to get boots on the ground and figure out when our favorite '90s shows will air on MTV Classic. I know you might be tempted to just sit in your bliss until the nostalgia begins on Aug. 1 (which is 35 years to the day after MTV first started as a channel!), but there's going to be a lot of programming coming our way, so I'm demanding constant vigilance. You have to be ready at a moment's notice to leap for that remote so you can DVR an episode of Daria, or to tune in right at the perfect second to see Ashton Kutcher do the big reveal on Punk'd, or to catch Nirvana tearing it up on their iconic episode of Unplugged. This is not a game, my friends, and we have to treat this gift with the respect it deserves — otherwise, mom and dad might not let us stay up late to catch Jackass!

(Sorry, flashback. I forgot I'm an adult now and can do literally whatever I want.)

But anyway, all your favorite shows will be cleverly divided into different blocks of programming, so you'll know exactly when to tune in to never miss a moment. According to The Hollywood Reporter, primetime will be dedicated to animated classics like Daria, Beavis & Butt-Head, and Aeon Flux. During the week, you can catch reality shows like Run's House, Pimp My Ride, Cribs, Jackass, Punk'd, Wonder Showzen, and Clone High Monday through Thursday in the three hours between 10:00pm and 1:00am. And, if it's music you're after, Fridays are your day, as that's when classic episodes of MTV Unplugged and Storytellers will air, along with old concerts.

Oh, and don't worry about filling your time on the weekends, because those hours will be dedicated to running full seasons of shows like The Real World, Laguna Beach, and Road Rules for all your marathoning needs.

We're all being very well taken care of here is my point, so you can really turn on MTV Classic at any time and you'll probably be delighted with the '90s throwback offerings. Or, you can pick out your favorite shows (or even episodes!) and watch them as-they-air. Bless you, 2016, for letting us cheat on you just a teensy bit with the 1990s.