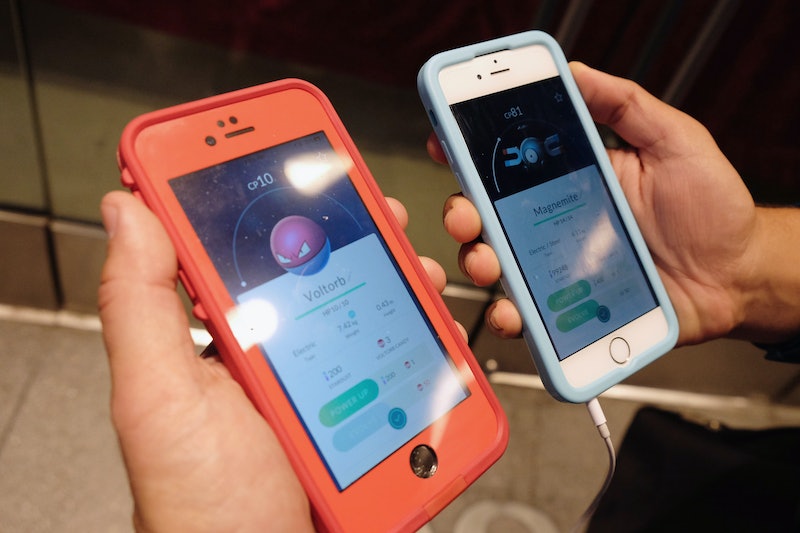 "As self-proclaimed geeks, our aim is to change the stigma around adult toys by re-imagining them in a fun and nerdy way. Combining pop culture with sex toys, we are creating a remarkably entertaining and pleasurable experience."

According to Mic, they've had Pokemon toys in the works for awhile now, but once "Pokemon Go" fever hit, they decided to speed up production. And it's paid off! Geeky Sex Toys reports overwhelming demand.

The new range of toys is cheekily titled Pokemoan (get it?) and has four 100 percent silicone insertable toys, ranging in price from $50-$69, and inspired by four different characters — Bulbasaur, Charmander, Squirtle, and Pikachu. While they definitely feel like sex toys of the decorative novelty variety more than anything else, here's a completely subjective ranking of them based on practicality, if you're really dying to get down and dirty with your Pokefriends.

Charmy seems to have an awfully narrow base that probably wouldn't be super harness-compatible, and the shape of its head also seems tailor-made to stab your cervix to death. But as the slimmest of the Pokemoan collection, it would probably be the most comfortable fit.

While Squirtle definitely has the best sex joke potential as a Pokemon, the toy inspired by him seems poorly conceived. "Squirty has a smooth round head with a large grooved turtle shell on its back," lists the website. Presumably, that grooved shell is intended for G-spot stimulation, but the angle of the head doesn't totally make sense for that to be the case? And those grooves would be a pain to clean. Squirty would probably best be suited for someone who enjoys the sensation of feeling super full.

More like this
16 Ways To Jazz Up Your Tinder Bio This Year
By Lexi Inks
Help! My Partner Only Wants Sex Late At Night & Won’t Compromise
By Sophia Benoit
Ask A Sex Therapist: Is My Sex Fantasy Normal?
By Madison Malone Kircher
The True Meaning Behind Each Hand Emoji
By Bustle Editors and Emma Carey
Get Even More From Bustle — Sign Up For The Newsletter