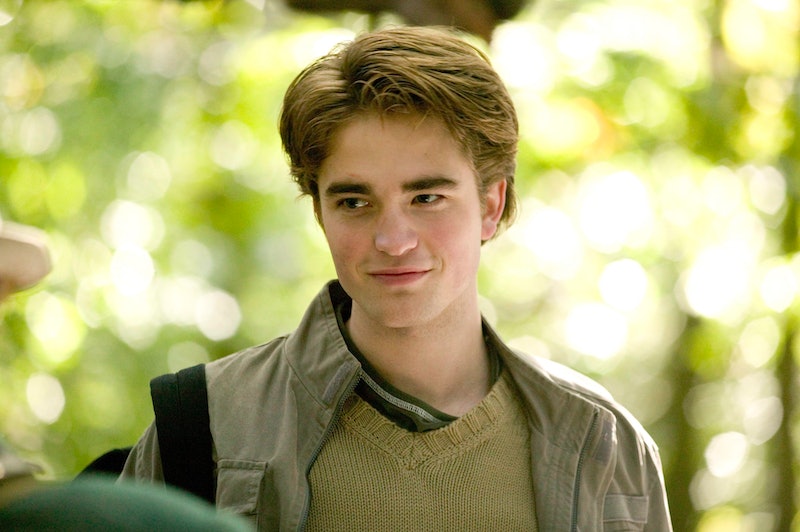 We don't get a whole lot of information about Craig Bowker Jr. I mean, the play isn't actually about him. Whether the Cursed Child is Albus Potter or is actually Delphi, I can definitively say it's not Craig, even though the poor guy pretty much exists to bite it. But the symbolic similarities between Craig and Cedric "Delicious" Diggory make me want to believe that there is a literal similarity between the two characters — like maybe they're related.

Of course, Amos Diggory clearly states that he "never had any brothers or sisters. And nor did my wife," but he's also stated numerous times in the play to be a bit senile. While it's definitively true he doesn't have a niece, here's why I think he could have a nephew — or at least that the spirit of Cedric has risen again in Craig.

1. They Both Die For Voldemort

Well, you know, not for Voldemort, but because of Voldemort. In Harry Potter and the Goblet of Fire, Harry and Cedric reach the Triwizard Cup at the same time. Harry, ever the humblest of heroes, decides it's only fair that they both grab it together so they're both named the winners. However, the Cup turns out to be a Portkey that takes them to a graveyard where Wormtail is waiting to use Harry's blood to resurrect Voldemort in a newer, stronger body. Cedric, "the spare," is promptly and casually killed just for being there.

Cut to Harry Potter and the Cursed Child, when Delphi is torturing Scorpius and threatens to do worse if Albus doesn't aid her in her plan. Then, Craig runs up to tell the boys that everyone is looking for them, and she promptly and casually kills him just for being there. Being a sacrificial lamb could be a family trait.

2. They Both Motivate The Potters

The death of Cedric has a profound effect on Harry. Yes, he saw his own parents killed in front of him, but he was a baby when that happened and didn't really process what was happening. Plus, he couldn't really see much over the rim of his crib — thankfully. Cedric was the first time Harry properly saw someone he knew die, and he had so many nightmares as a result of the incident. Suffice it to say, things got dark.

The death of Craig had a profound effect on Albus in the Cursed Child as well, enough that he admitted to Harry that he wanted to kill Delphi, which Harry attributed to being furious that she had killed Craig. Just like two generations of Potters are fighting the Dark Lord/his spawn, two generations of Diggorys being used for motivation would make narrative sense. Hell, Harry and Albus even bond over this at the end of the play.

3. Their Names Both Start With C

This isn't really, you know, a strict piece of evidence. But the fact that Cedric and Craig both have names that start with a C, and are both used as sacrificial lambs to motivate the Potters, can't be a coincidence. Like Ron and Hermione had Rose and Hugo, maybe so too is it common enough for wizarding families to have the same name scheme as the Kardashian family.

4. Amos Diggory Could Have A Nephew

The whole reason that Delphi's plan got as far as it did in the first place is that she passed herself off as Amos Diggory's niece, and thus Cedric Diggory's cousin. Why bring up a mysterious new Diggory relative at all if there isn't one? Amos, in his old age, might think that he and his wife had no brothers or sisters, or that he had no nieces or nephews, but the Bowkers could be distant relatives. Perhaps a second cousins.

Whether Cedric Diggory and Craig Bowker Jr. are actually related, they both play a significant role in the development of Harry Potter and Albus Severus Potter. And that's one connection that can't be denied.

More like this
'Bridgerton' Star Nicola Coughlan Confirms Season 3 Will Focus On Colin & Penelope
By Grace Wehniainen and Alyssa Lapid
Candice Carty-Williams’ 'People Person' Tackles Daddy Issues With Warmth
By Sam Rogers
10 Must-Read New Books Out This Week
By K.W. Colyard
Conversations With Friends' Endometriosis Scenes Are As Brutal As It Gets
By Ivana Rihter
Get Even More From Bustle — Sign Up For The Newsletter