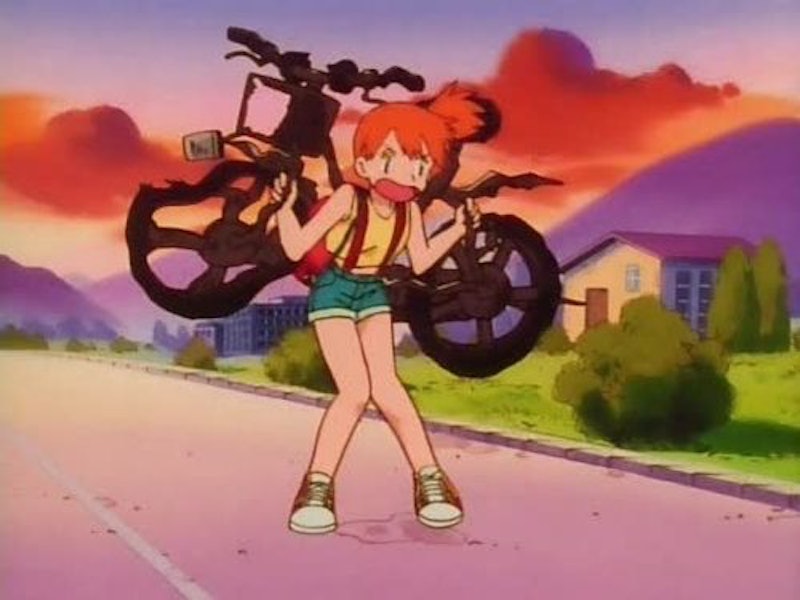 For me, the most exciting part of the original Pokémon Red and Blue games was the moment that you acquired a bike. All of a sudden, you could get shit done quickly and speed through aggravating caves and mountains like it was a baby's challenge. And now that we've graduated to obsessing over "Pokemon Go," you may be wondering if you can do the same here: use a bicycle to hatch an egg. Well, as it would turn out you can totally hatch an egg while biking... but how?

Well, let's recap everything we know about hatching an egg. To begin with, the tracking mechanism in "Pokemon Go" is GPS based so it doesn't work like a pedometer. That means that trying to hatch an egg on a treadmill isn't going to work. The tracker is measuring the distance you travel versus the steps you take.

That said, the tracker also isn't stupid. If you're zooming on the highway trying to catch Pokémon (hopefully not while driving), the app will recognize that you probably aren't running at 80 miles per hour. Ideally, you really have to keep under about 10 to 15 MPH to convince the game that you're not cheating. So, the first thing to keep in mind is that, while this is possible, you can't power down your block like it's Tour de France if you want this to work. We're talking a leisure bike ride.

So now that that's cleared up, make sure that you actually have a bike. If you recently lost one in a horrific Pikachu electrocution incident, now is the time to replace it, but, generally, if you're curious about this method, you probably have one ready in your garage. Next, you're going to need to acquire a smartphone mount so you can at least have one hand on the handles at all time. Lifehacker recommends this Bestrix Universal Phone Bike Mount ($24), although feel free to examine your options. From there, you might want to assemble a bag of goodies, including a portable phone charger ($9.99), bicycle safety lights ($9.99) for night riding, and, hell, maybe some water so you won't get massively dehydrated. Again, you have many options when to comes to the bag itself, but something like the Mini Wedgie ($25) is good if you're looking for something small and cheap.

Once you'd saddled up your ride, you're ready to go, but like everything involved in "Pokemon Go," you want to exercise this with caution. It's dangerous enough to get distracted by the game and nearly walk into traffic; it's another thing to try to crash unceremoniously into something because you were attempting to steer and catch a Tangela.

So I wouldn't personally recommend you do any hardcore Pokémon hunting when you try out this method. That'll involve a lot of one-handed riding, and you want to have control of the situation. Keep biking adventures for egg-hatching mostly. Likewise, you probably should have a helmet on at all times regardless of whether you're hatching eggs or just trying to get to the supermarket.

In short, riding a bicycle can be a totally fruitful way of hatching your eggs and racking up XP, while still holding to the app's ethos of getting trainers to explore the world around them. Just remember to be extra prepared and exercise caution. Oh, and be wary of any Pikachus.