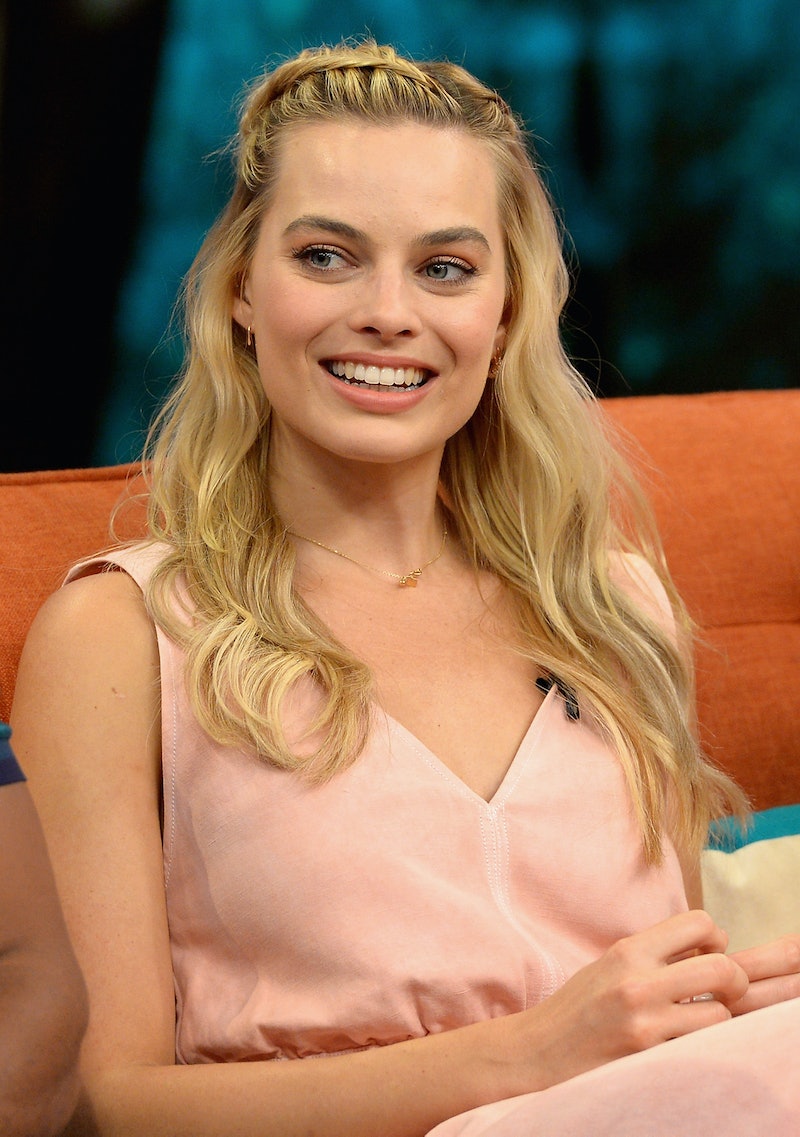 Forget about all of Margot Robbie's love interests on the small and big screen, because there's another man in her life who deserves the spotlight. Obviously, I'm referring to Robbie's boyfriend Tom Ackerley. The two have been dating since 2013 and couldn't be more perfect for one another. Speaking of her man, what does Tom Ackerley do? Well, like his girlfriend, he certainly knows a thing or two about the movie business, mainly when it comes to doing things behind the camera.

Ackerley is an assistant director and he's worked on several well-known series and films. According to is IMDb page, he's acted as an assistant director for Starz's Da Vinci's Demons, the Golden Globe nominated Pride, MI-5 starring Kit Harington, and Sacha Baron Cohen's The Brothers Grimsby, among many others. He even was part of 2014's World War II drama Suite Française, which also happen to star Robbie. Actually, that's how the two met.

As Vogue's June 2016 cover star, the 26-year-old actor opened up about meeting Ackerley and just how wonderful he is. Not only does she consider him "the best-looking guy in London," but she said about them getting together,

"I was the ultimate single gal. The idea of relationships made me want to vomit. And then this crept up on me. We were friends for so long. I was always in love with him, but I thought, Oh, he would never love me back. Don’t make it weird, Margot. Don’t be stupid and tell him that you like him. And then it happened, and I was like, Of course we’re together. This makes so much sense, the way nothing has ever made sense before."

What also makes sense is that the couple, alongside Ackerley's friend/fellow AD Josey McNamara and Robbie's childhood best friend Sophia Kerr, founded their own production company called LuckyChap in 2015, which Robbie also discussed with Vogue.

So far, they've acquired five films, including I, Tonya, which will feature Robbie as Tonya Harding. Yes, a biopic of the infamous ice skater will most likely be as glorious as it sounds. However, the company's first film is a dystopian noir thriller titled Terminal, which will also star Robbie. "We chose the most challenging indie film imaginable — it’s not commercially viable from a financier’s point of view," Robbie said about it. "It’s shaving years off my life. It’s really hard work, but so rewarding and much more empowering than just acting."

It's fantastic to see that Robbie and Ackerley aren't only dedicated to each other as boyfriend and girlfriend, but also as business partners. Clearly, they don't mind mixing work and play. Here is further proof:

Yeah, it looks like Robbie chose a talented, smart, and fun one.