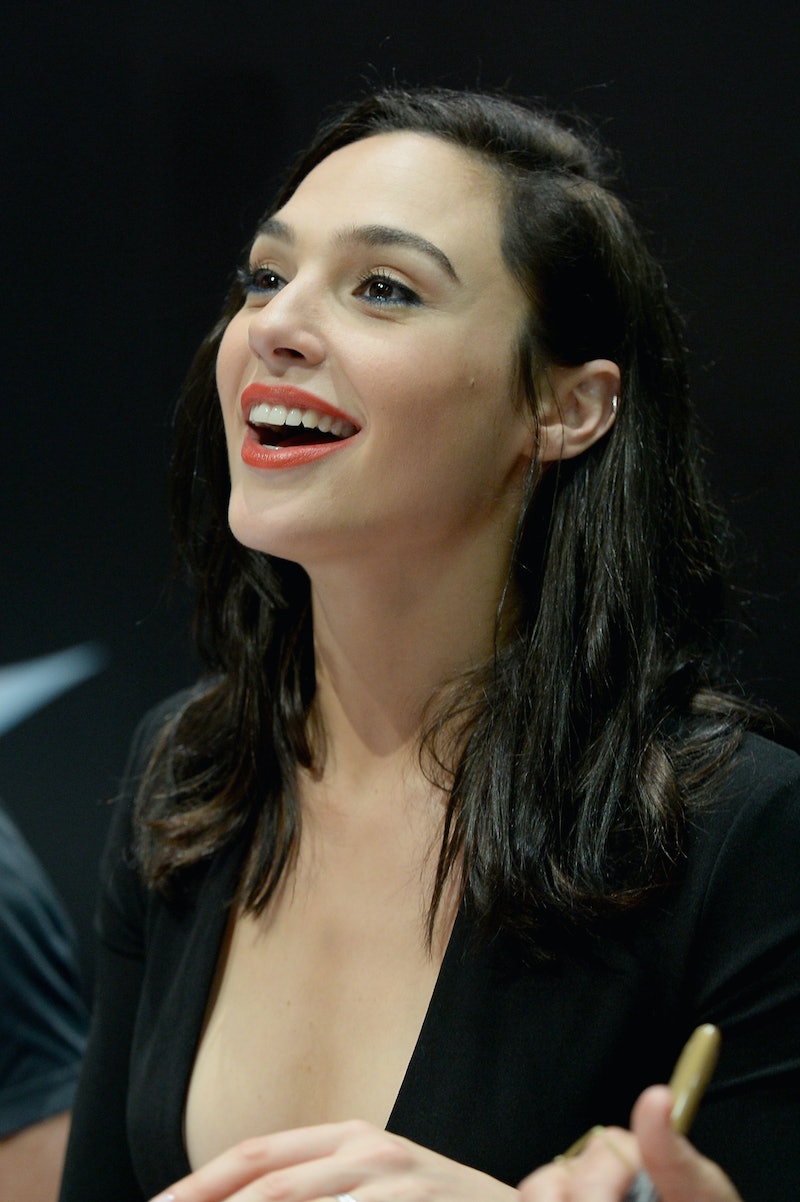 Gal Gadot, best known as the star of the upcoming Wonder Woman and Gisele in the Fast and the Furious franchise, has one of the cutest love stories out there. Her husband of eight years, Yaron Versano, is an Israeli businessman with a successful hotel in Tel Aviv, and he and Gadot have a 2-year-old daughter, Alma. There is so much adorable stuff about their marriage and the support that radiates through their family, helping each other get from one goal to the next. But one fact about their relationship is cuter than the rest, and that is how Gadot and her husband met.

A lot of romantics wish they had that perfect fairytale love story, like from The Notebook or Romeo & Juliet or The Bachelor (kind of), and Gadot had just that with Versano. In an interview with Glamour in March, she discussed her early life, her roles as Wonder Woman and a mom, and her love story, which has a good start: "Oh, he's the best man." Well, he better be! Gadot continued with details of their meet-cute, and how her marriage and the support from this "best man" has helped through her crazy, unpredictable, and "who would have thought" life:

"We met nearly 10 years ago through mutual friends at this very strange party in the Israeli desert. It was all about yoga, chakras, and eating healthy — we didn't exactly find ourselves there, but we found each other. I think I [knew he was the one], but I was too young to get it. He did. He's 10 years older than me. He told me on our second date he was serious and wasn't going to wait more than two years to ask me to marry him. Fast-forward two years; he proposed. We were married in 2008."

Are you kidding me? Is this real life? These love stories aren't just written for movies and plays and reality shows? The beautiful thing is that Gadot's story seems so pure that it couldn't have been written by anyone. It seems like one of those love stories that are just meant to be. In every way, these two belong together, which is even more apparent on Gadot's Instagram account. Luckily for us, she is very open about the love she and her husband share, and every picture she posts shows that.

...Guilty of Love, Though

She might not be guilty, but these two are definitely guilty of being a cute couple.

The Art of Perfection

"I am you. You are me"? If that doesn't scream perfect couple then I don't know what does.

Couples That Wear Leather Jackets Together...

A year before they were married and they still look as cute today as they did here.

When Your Wife Is Wonder Woman

The earlier you accept that your wife is Wonder Woman, the better your life will be.

No matter what kind of glitz and glamour and distance is a part of their lives, Gadot and Versano have one of the most grounded, down-to-Earth relationships in Hollywood, and her Instagram proves just that. Every post is a beautiful tribute to how much they love each other, and how that doesn't seem to be changing anytime soon.