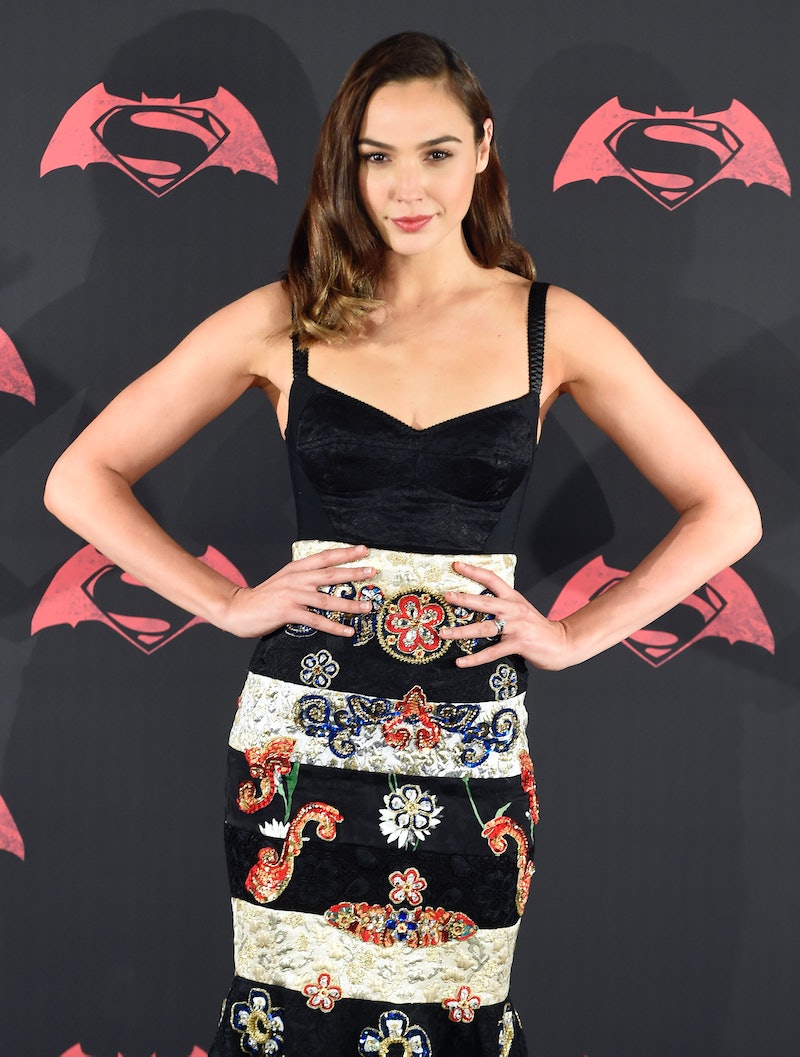 Before you head to the theaters to see the much talked about Batman v Superman: Dawn of Justice , you should probably learn all of the important details about the cast. Obviously, Henry Cavill (Clark Kent/Superman) and Ben Affleck (Bruce Wayne/Batman) are well known, so I'm sure you know quite a bit about their lives, including their romantic lives, especially since they continuously make headlines. But, what about Gal Gadot (Diana Prince/Wonder Woman)? Do you know all there is about the actor bringing the beloved superhero to life? If not, let's talk the 30-year-old talent's love life. Like, who is Gal Gadot's husband?

Since 2008, Gadot has been married Yaron Versano and they also have a daughter named Alma. As for his career, Versano is a successful businessman who also owns The Varsano Hotel in Neve Tzedek in Tel Aviv, Israel. In a 2011 interview with TotallyJewish.com, Gadot opened up about helping her husband run the five-star boutique hotel.

"After I shot Fast Four, my husband Yaron and I started traveling back and forth from Israel and the U.S., which was hard," she said about their journey in creating a hotel. "We found ourselves staying in hotels all the time. We wanted to feel at home, which is when we discovered these apartments within a hotel in Los Angeles. It became the inspiration for Yaron's hotel, The Varsano. I think that Yaron and I make a really good team. I understand his career and he understands mine. We help each other progress in all areas of life. We're both very career driven."

The latter is very true, because on multiple occasions Gadot has discussed how supportive of a husband Versano is when it comes to her career. While chatting with Vanity Fair in August 2015, she even called Versano an "amazing husband, very much woman-friendly."

I think what she probably by that last part is he supports her and wants the best for his wife, because she's made that very clear in several interviews. For example, while chatting with Glamour magazine in March, Gadot discussed how Versano pushed to her to be the inspiring role model she is today. After being asked if she ever feels guilty about being a working mom, Gadot said,

I’ve gotten better. When Alma was around two, I was really anxious about how to travel with a child, moving her from one country to the other, all the different languages. It was my husband who told me: "Gal, think about what kind of a role model you want to be. If you want to show Alma that she can follow her dreams, that’s what you should do, and we will figure out the logistics."

How wonderful is that? Clearly, Versano will do whatever it takes to ensure Gadot is happy in both her personal and professional life. She even called him "the best man" during her Glamour chat. "We met nearly 10 years ago through mutual friends at this very strange party in the Israeli desert," she revealed. "It was all about yoga, chakras, and eating healthy — we didn’t exactly find ourselves there, but we found each other."

So, they basically had the best meet cute ever, right? She admitted to Glamour that she knew he was "the one right away." She said, "I think I did, but I was too young to get it. He did! He’s 10 years older than me. He told me on our second date he was serious and wasn’t going to wait more than two years to ask me to marry him. Fast-forward two years; he proposed. We were married in 2008."

From the get-go, she said they've both been very open and honest about everything. "Both of us said, 'No games. Let’s just be honest and keep it simple,'" Gadot explained. "I wouldn’t be able to do what I do without him. Family still has to be the first priority. I have to do what’s good for my child."

Well, I think it's safe to say that Gadot and Versano have an extremely healthy, happy, and supportive relationship. Her husband sounds like quite the catch.

More like this
This New Dating Show Is Netflix's Answer To 'Bachelor In Paradise'
By Grace Wehniainen
Love Is Blind’s Natalie Claims Shayne Signed Up For 'Perfect Match' While They Were “Still Together”
By Brad Witter
Keke Palmer Shares The Sex Of Her & Darius Jackson's Baby
By Jake Viswanath
Hilary Duff's Husband Matthew Koma Has Her Name Tattooed On His Butt
By Jake Viswanath and Stephanie Downs
Get Even More From Bustle — Sign Up For The Newsletter
From hair trends to relationship advice, our daily newsletter has everything you need to sound like a person who’s on TikTok, even if you aren’t.