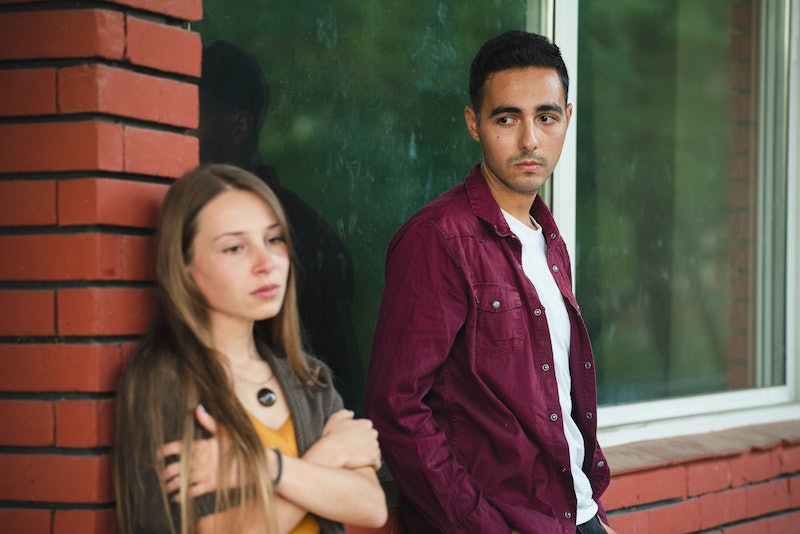 When it comes to dating, we all have deal-breakers — some quality or habit in another person that immediately makes us go "nope" and bounce. Some deal-breakers can seem pretty trivial, such as having a weird laugh or "man hands" (I did a whole post on the most ridiculous and Seinfeld -esque deal-breakers people ever admitted to). Other times, deal-breakers may seem silly, but are actually pretty important because they reveal a lot about both parties. At least, that's what I learned from reading this thread on Reddit, where the ladies of Reddit shared their relationship deal-breakers. Some are obvious (like, abusive and controlling behavior is a definite deal-breaker), some are not so obvious. But either way, knowing what things you will and will not put up with in a potential partner is important — it saves you both from wasting each other's time.

If you've never thought about what your deal-breakers are, it might be time to read the whole thread, then sit down and make a list. I'll be honest, Reddit has definitely helped me in relationships before. There really is some wisdom to be found on that website. Anyway, I've compiled what I think are the best, weirdest, (sometimes insightful), and most entertaining responses from the thread. Just some food for thought.

I can empathize with this — my idea of being "into sports" is going to tailgates and the occasional Super Bowl party, and I just can't get into the idea of spending hours on the couch screaming at the TV.

You'd think this would be a deal-breaker for everyone. I guess you really do learn something every day.

Dogs over people every day. Your dog will never wake up one morning and decide it doesn't love you anymore.

Another reason to avoid musicians: You will always be second fiddle to his music and his bandmates.

This is totally reasonable and makes a lot of sense... I have bad road rage, though. Might be time for some introspection.

YES. People who late are a special kind of selfish, and they are the worst. If you think your time is more valuable than mine, you can kindly never speak to me again.

Eh, I get it. It's hard to be with someone who's always "on." I bet that could get exhausting.

I mean, that's a good point on the childhoods thing, but still kind of depressing to not date someone because their childhood was "too good."

I guess you could say... there's no room for her in those jeans.