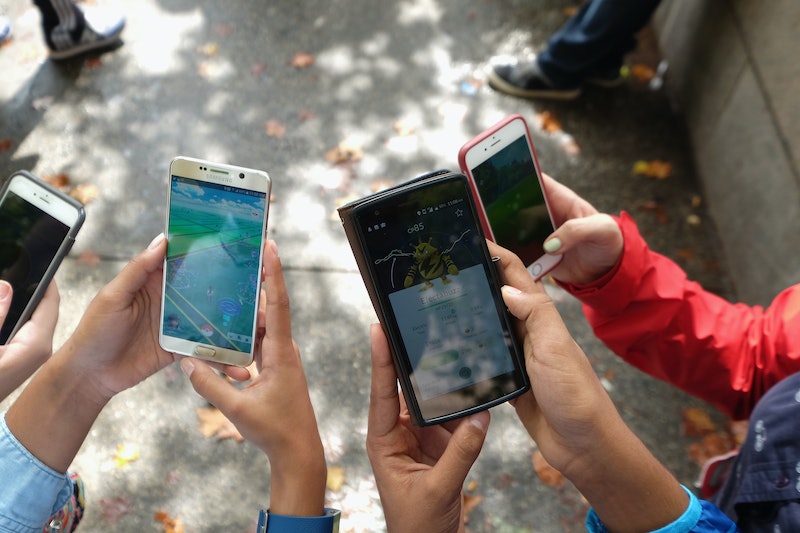 If you've logged into everyone's favorite Pokemon-catching app in the last 12 hours, you may have noticed a few changes in the game's interface. That's because Niantic, Inc. released a new "Pokemon Go" update that improves (for the most part) the experience of becoming the very best Pokemon Trainer. All of us Pokemon fans have been expecting an update for some time, since opinion pieces about what works and what doesn't have been flying through the 'Net-space like flocks of Pidgeys. Now, several weeks after the launch of what's become one of the most popular games of all time, Niantic has quietly rolled out an update.

It doesn't include any new features, like the trading and breeding we were promised by Niantic CEO John Hanke at San Diego Comic Con. Those, presumably, will come later. However, the update does make some pretty significant changes to the system we've grown to know as well as the "Gotta Catch 'Em All" song. So what exactly is in that update? Chief among the changes is an "adjustment" of the tracking system, but that's not the only difference you'll see when you next go on a Pokemon-catching spree. Take a look at this list to get briefed on the modifications.

The font is now blockier, making Pokemon names easier to read. Also, instead of scrolling all the way down to the bottom of a specific Pokemon's info page in order to compact it into candy (I mean... let Professor Willow release it into the wild, where it will continue to live peacefully), there's now an icon with three horizontal lines in the bottom right corner.

Tap it, and you'll see that you can either transfer or favorite the Pokemon. A favorited Pokemon can't be transferred, preventing unfortunate accidents.

You know how Vaporeon's been one of the most popular Pokemon for Gym-battling purposes? That's because they have excellent stats, are relatively easy to get compared to other high-powered Pokemon, and have powerful move sets. Or they did, anyway. Water Gun, Vaporeon's most-used move, has been reduced from 10 damage to 6, making both the move and the Pokemon less useful. (I still adore my Vaporeon, though. Mostly because it's named after Kate McKinnon.)

Vaporeon isn't the only Pokemon to experience rebalancing. Other moves have been "nerfed" or "buffed," meaning that they've become less or more powerful, respectively. You can check out this chart on the Silph Road Subreddit to see all the moves that have been altered by the update.

Maybe you created your "Pokemon Go" account before you realized you were Team Mystic at heart, and you dressed your avatar in red and yellow. Not very indicative of your true loyalties, is it? Now you can change any part of your avatar's appearance, including clothing, hair color, skin color, and gender.

Just tap the "customize" option in the bottom right-hand corner of your Trainer status page.

Ever since the third or fourth day of "Pokemon Go," the tracking system — in which one, two, or three footprints indicates the distance of a nearby Pokemon — has been bugged. That's because the strain that the tracking system put on Niantic, Inc.'s servers was so great that Niantic disabled most of the system altogether. (It was still sort of possible to see which Pokemon were closest to you, though, since the nearest Pokemon typically occupied the space in the top left-hand corner.) Players have been calling for a fix since then, but instead of delivering, Niantic removed the tracking feature entirely. Now there are no footprints at all, and the Pokemon in the three-by-three grid appear to be random.

We know that updates including new features will roll out eventually, and perhaps those updates will include a better tracking system. Until then, though, we'll just have to wait.