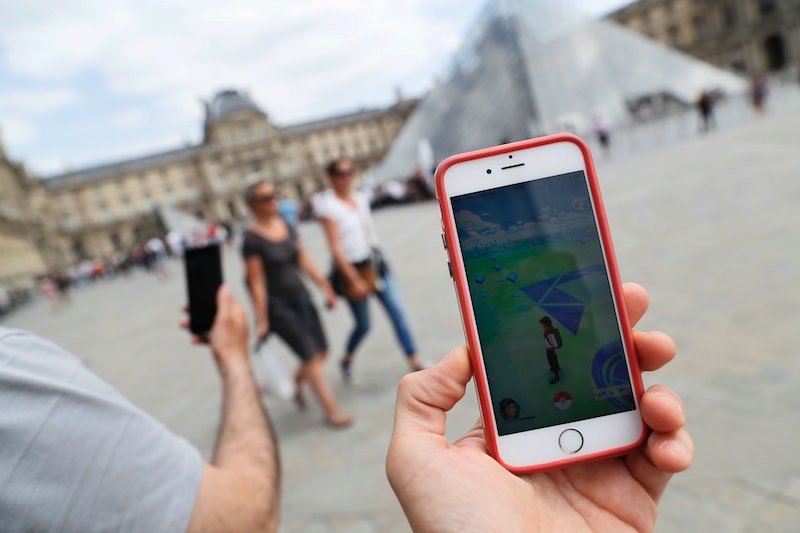 Even if you don't play the Pokemon-catching game that's captivated '90s kids worldwide, you're probably wondering what's different in the new "Pokemon Go" update. (If you haven't heard of the "Pokemon Go" update, congratulations on your ability to avoid any and all technology.) Niantic released an update for Android phones on July 30 that was rolled out to iOS phones shortly thereafter, and it includes fixes for many of the glitches players have complained about over the past three weeks. Unfortunately, the update also contains a few new glitches of its own.

The update appears to have removed more things than it added, but there are some new features. According to the official "Pokemon Go" Facebook page, the update modifies the way damage is calculated in battle, patched up some of the bugs with wild Pokemon encounters, and changed the interface a bit. It also added new warning messages to the opening screen; in addition to the original instruction to stay aware of your surroundings, players are now reminded to avoid trespassing or playing "Pokemon Go" while driving. Hopefully you didn't need the warning, but you never know.

However, what the update took away has turned out to be equally important, if not more so. Here are the biggest changes that the "Pokemon Go" update has brought so far.

"Pokemon Go" players have complained about the buggy step counter — the tracking system that uses pawprints to indicate how far away a wild Pokemon is — pretty much since the game became popular. If a certain Pokemon was part of the glitch, it would show up as being three pawprints away (the furthest distance) no matter how close a player got to its location. Needless to say, this make it hard to track Pokemon.

With the most recent update, however, Niantic didn't fix the glitch. It removed the tracking system entirely.

This part of the update was clearly unintentional: Since it was rolled out, some players have complained that they lost all their data after the update reset their game entirely. According to the Independent, some have been able to get their accounts back by using an alternate email to sign in or logging out of their Google account in Safari and signing in to the "Pokemon Go" app itself, but this potential fix hasn't been verified. (Niantic hasn't commented on the glitch yet.)

Finally, there's some good news: You can now re-customize your Trainer avatar. (Previously, you were stuck with the choices you made when you set up your profile at the very beginning of the game.) So if your character accidentally ended up wearing Team Valor colors when you're clearly Team Mystic, you're in luck — just head back into the Trainer profile page to change things up.