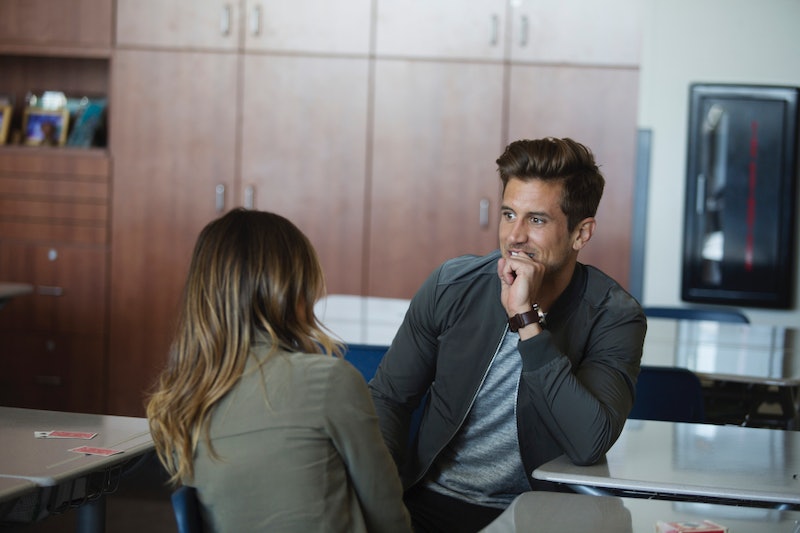 Now that The Bachelorette is officially over for the season, something new is beginning: JoJo Fletcher's real life relationship. After a season of one-on-one dates, rose ceremonies, and hair flipping, our girl has finally decided to spend the rest of her life with former pro football player Jordan Rodgers, and now that they can go public with their relationship, real life sets in. So what's next for the couple? Will JoJo and Jordan move in together after The Bachelorette ?

On After The Final Rose, JoJo and Jordan talked about their plans for the future, and there's some definite good news. After filling Chris Harrison in on the details of what their life as a couple has been like since they finished filming the show, they dropped a pretty important piece of info on him. Not only are they moving in together, but they already have a house all picked out, Jordan's bags are packed, and he's moving to Dallas to live with JoJo. Just in case you doubted how legit their relationship is, that pretty much seals it. As if an engagement ring and a public proposal weren't enough to lock these two in, a house is even more commitment.

And since JoJo and Jordan were open about the fact that they've hit a few bumps on the road to figuring out their lives together, this new stage in their relationship probably means there are even more of those bumps on the way. It's not easy to learn how to live with someone, especially if the fact that you're actually together is only just now public knowledge. But they seem solid and super excited about the challenge, and I'm sure they've got this.

If you need me, I'll be waiting for adorable Instagram photos of these two moving in together. So will they live happily ever after? This is the first step!