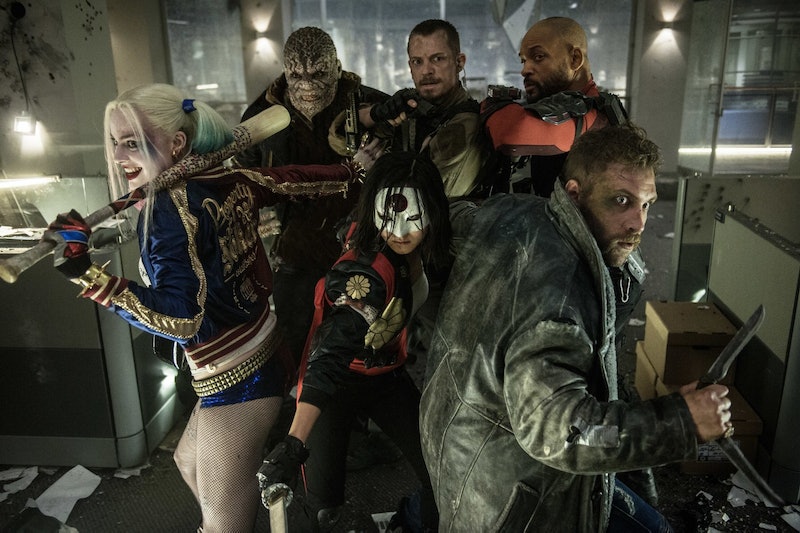 It is no secret that I am obsessed with comic books and superheroes, and it's also no secret that I am obsessed with all things Suicide Squad. Sue me, but I have a soft spot for super-villains, especially crazy super-villains like Harley Quinn. And luckily, as of Aug. 5, I'll be able to see some of my favorite DC Comics super-villains on screen in the aptly-named Suicide Squad. My first instinct upon realizing the movie is so close is to squeal with glee, and my second instinct is to immediately wonder if a Suicide Squad sequel will happen, because these villains definitely need to come back for more.

It definitely isn't out of the question. These days, it seems like every superhero (and non-superhero) movie has a spin-off, prequel, sequel or all three. These movies become part of a "universe" where their characters can be transitioned into other movies and storylines and virtually live on forever. It's kind of cool, but also kind of exhausting. I don't think, however, that a Suicide Squad sequel would be tiresome, especially since there's something refreshing about seeing the bad guys be the good guys, for once. And, since Suicide Squad is part of the DC Universe, it's almost guaranteed that it will have a sequel. Right?

Recently, the news broke that Margot Robbie was reportedly eyeing a Harley Quinn solo movie, a film that would also include other female superheroes and supervillains — basically, the movie of my dreams. So, if Harley is potentially getting her own movie, does that mean that a regular Suicide Squad sequel is a no-go? Not so fast. Much like Marvel, where characters have their standalone movies and then join in the Avengers, one can anticipate that there's enough Harley Quinn for both a potential standalone film and a Suicide Squad sequel.

Now, there's no word yet on whether or not a sequel is definitely happening, but after the hype surrounding the trailers and the anticipation for the movie, a follow-up film seems like a no-brainer. The Wrap recently reported that director David Ayer and star Will Smith are teaming up for a fantasy cop thriller which would film before Warner Brothers reportedly brings him and Smith back for a "planned Suicide Squad sequel." So, even though it's just conjecture at this point, the fact that the word is out there about a possible sequel is certainly good news.

It seems that the studio might be waiting to see opening weekend numbers from Suicide Squad before announcing a sequel, which makes perfect sense. Still, I'd wager that a sequel is definitely a-go. And if (when) that film is announced, Ayer hopes that it might be able to have an R-rating as opposed to the current PG-13 rating. He told MTV News that "for an R movie, you have to decide to do it right out the gate, and that was never the case [with Suicide Squad]. We were always going to hit the PG-13 rating." But for the sequel? An R-rating would "be worth lobbying for."

Whether or not a sequel is announced, one thing is for sure: Suicide Squad is not your average superhero movie. This time around, we get to see the bad guys do some good and with the way 2016 is going, that's something you won't want to miss.