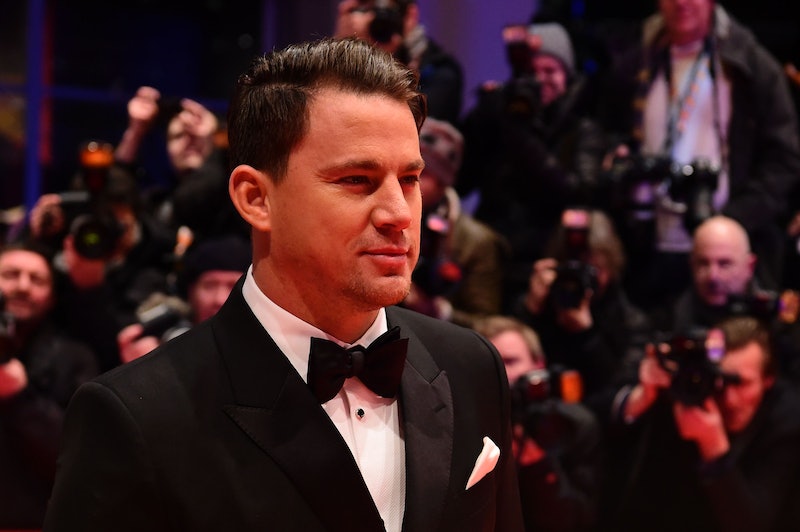 Just when I thought I couldn't be a bigger fan of everyone's favorite stripper with a heart of gold, they go and announce that Channing Tatum will star in a gender-swapped version of Splash . Now, I'm guessing there's a good chance that most of you didn't grow up the way I did, so maybe you never crossed paths with the Daryl Hannah and Tom Hanks vehicle Splash. But, let me tell you, it is a real treat. And remember when I said this remake would be gender-swapped? Well, in case you missed it, that means that Tatum will be playing a mermaid — excuse me, a merman — in this movie, which is a breath of fresh air, as far as I'm concerned. Not only am I positive that he'll be able to handle the comedic aspect of this character, but I love the inherent feminism of a role-reversal like this.

The original movie starred Hannah as a mermaid, who rescues Hanks after an accident in the ocean, and then begins a relationship with him in the human world. This is made possible by the fact that her tail becomes a pair of legs when it dries out. The rest of her is still all-mermaid though, so she has lots of fun quirks that present great opportunities for humor in the film, including a high scream that can literally break glass and no ability to speak English. (That last skill, she learns from television.)

I don't want to spoil the rest of the film for you, and I don't have to, because I already skimmed over the most exciting part: the empowerment inherent in this gender swap. Mermaids as creatures have always been sexualized, and that was definitely true of the first film, which came out in 1984. The shots we see of Hannah tend to put the emphasis on her body, which you might expect given that she's a literal mermaid and has a tail. However, there's no denying the film's distinctly male gaze.

Whether we see her in the full-body bathtub shot, or in the Sports Illustrated model-esque pose that that was one of the most recognizable from the film, the viewer is invited and encouraged to run their eyes alllllll over Daryl Hannah's body. Just look at the pose below — she's on her belly, butt prominent, blond hair just barely covering her mer-nips. It's far from the most comfortable pose; she's positioned like that for the audience. This is just how we did things, back in the day, and we didn't question why or whether there was another way.

But it's 2016 now, and we're ready to flip the script on that old trope of the hyper-sexualized mermaid needing to be "rescued" from her dreary life under the sea by the human man. Now we got ourselves a funny little merman splashing out of the ocean to meet whatever disbelieving woman is on the shores. All there is to do now is wait to see Tatum's hilarious take on this fantastical rom-com.

In the meantime, feel free to throw out all your seashell bras and stop growing your hair long enough to cover your boobs. There's a new merman in town, here to give you aspiring mermaids the day off from being reduced to some dude's sex object.