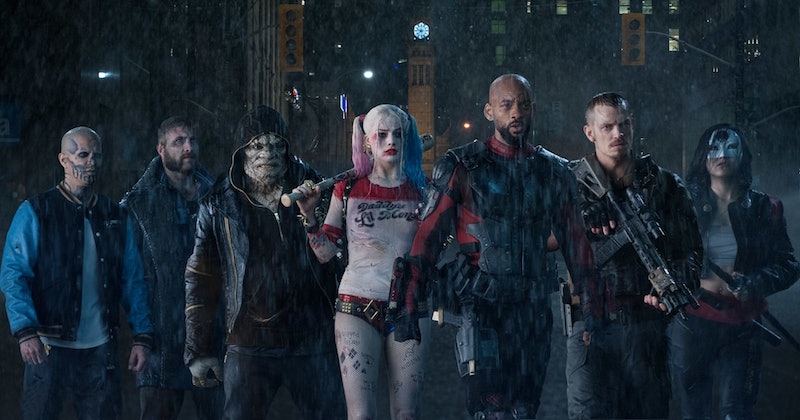 Everywhere you look, it seems our favorite actors are being courted to play superheroes and supervillains in Marvel and DC movies. Not that I'm complaining, of course. I'll take any chance to stare at Chris Evans' biceps for two hours. And while these stars might be part of different comic universes, there is one thing they all have in common when prepping for their roles: the intense training. The actors go through rigorous workouts to prep for their roles, and their hard work definitely shows in the final product. The cast of Suicide Squad went through extensive training for the upcoming film and so it's only fitting, really, that the soundtrack to Suicide Squad would be chock-full of songs that would motivate anyone at the gym.

A steady jam that will start your workout out on the right foot. Not the best song to jam to, but it will get the job done.

A decent workout song that'll definitely get you motivated on the elliptical.

The whole song isn't released yet, but I'm seriously into this snippet for some crazy yoga.

I seriously, seriously love this song. It's slower so it's not ideal to run to but maybe some abs & arms can benefit from G-Eazy's silky voice.

This is the ultimate song for an intense full body workout. Bring on the medicine balls and resistance bands.

Imagine the tap backs you could do to this song? Already dying to spin to this.

Any aggression or emotion you have? Take it out on the treadmill, the punching bag, the yoga mat, whatever to this song. If this doesn't motivate you then I don't know what will. This is the best song on the soundtrack to listen to for a kickass workout.

The entire Suicide Squad soundtrack will be released soon, but if these eight songs are any indication, the rest of the tracklist will be just as motivating and just as badass. I can't wait to listen to it and hit the treadmill. After all, I might not play a superhero or supervillain, but I can still train like one.