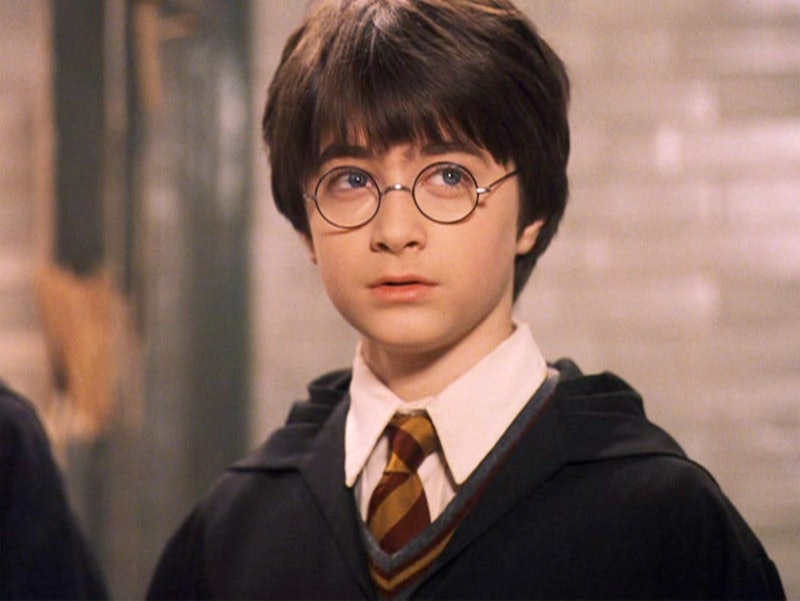 I don’t know what to love more about this past weekend: the fact that my Snapchat filters suddenly were filled with lightning-shaped scars and Gryffindor scarves, or the fact that the script to Harry Potter and the Cursed Child was released on Sunday. It really is a toss up, because as much as I loved spending the second half of my weekend with my favorite wizards and witches, I also discovered that I look pretty much amazing with blue eyes and glasses. But, no. Right. The real thing to get excited over these days is the new Harry Potter play that is out in the world. Except this time Harry Potter is all grown up, and he’s not exactly the kind of guy that fans would expect of their childhood hero. So where is Harry Potter now? This infamous wizard has is living a far more basic life than any of us could have ever anticipated.

Struggling with his relationship to his teenage son and filing paperwork for a living isn’t exactly where I imagined Harry Potter would end up in life, but end up there he does. In the opening scenes of The Cursed Child, readers find Harry Potter in a rather sad existence, beginning with another look at the epilogue from Deathly Hallows. Married to Ginny (nothing sad about that!), Harry Potter is seeing his youngest son, Albus Severus Potter, off to his very first year at Hogwart’s. It’s an exciting time. Or at least it should be. But Potter and his son don’t exactly see eye-to-eye on a lot of things. They clash about everything from where Albus should sit on the train to whom he should befriend when he’s at Hogwarts.

I know what you’re thinking: Harry Potter, a helicopter parent?

I’m sorry to say it, but he kind of is. And that isn’t the only thing that’s different from what you’d expect of Potter. He’s also having nightmares every night and sort of miserable in his job. As the head of Magical Law Enforcement at the Ministry of Magic, Potter’s fancy-sounding title really just means that he spends as much time shuffling around papers all day as he does tracking the movement of other magical beings. When he falls behind on that paperwork of family problems (and, you know, trying to spend as much time in the field as he can), Hermione Granger — the Ministry of Magic — is on him about it like white on rice.

So to say that things are pretty bleak for Harry Potter these days is a bit of an understatement. But believe it or not, that’s sort of what is so amazing about The Cursed Child. Instead of some perfect picture of domestic bliss, Harry is in a place similar to where we first met him in the original series. He is struggling. His life, although full of magic, is downright real and relatable. He has to work really hard to reach out to his own son, who resents him for many reasons, both legitimate and ridiculous. He's constantly at odds with his wife about his treatment of said son, and he struggles with figuring out the right thing to do. Even by the end of the play, the gap hasn't been bridged, but it's starting to heal, and that's the best that Harry can hope for. It's painful, but it's real.

It might be a life of fantasy that he leads, but there is nothing fantastical about it. And that is what is making readers everywhere fall even more in love with this adult version Harry Potter in The Cursed Child.