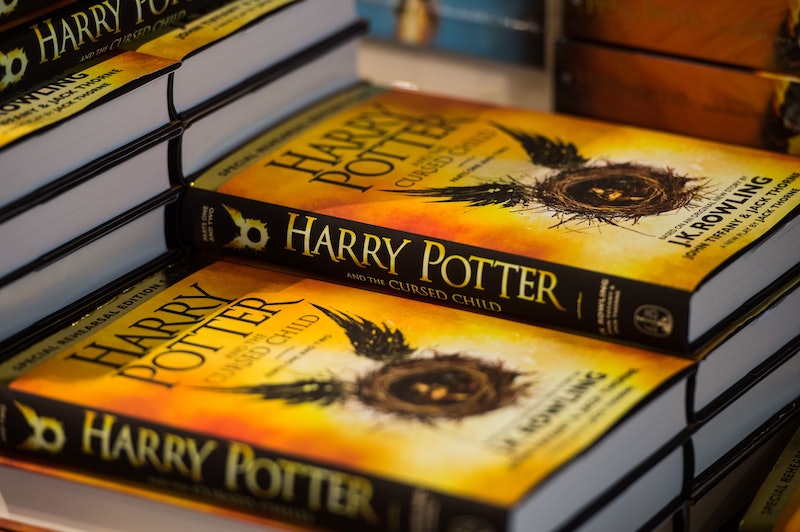 Even though it's an all-new adventure in the wizarding world, Harry Potter and the Cursed Child brings back many of the old faces we all know and love. In fact, the most surprising appearances in Cursed Child are nine characters, prominent and minor, who come back to participate in J.K. Rowling's first stage-play.

As is the case with almost every Cursed Child article, this list contains major spoilers for the Harry Potter play. Potterheads who aren't yet finished with Rowling's new book may want to hold off on reading this article until they've "seen" the final curtain, as it were.

Although Harry Potter and the Cursed Child is a fantastic addition to the Harry Potter canon, Rowling says she doesn't have plans to continue Albus Severus Potter's story in any further media. Really, that's a shame, because, even though Harry might be ready to retire, Albus and Scorpius — who are only fourth years when Cursed Child's narrative really gets going — are just beginning to find themselves when the play ends. I need more, Jo!

There are two notable Cursed Child characters who do not appear here: Amos and Cedric Diggory. The father and son appear throughout the Harry Potter play, so much so that they feel more like major players than surprise additions. Trust me, Cedric is more of a badass than you remember, and you'll love meeting up with him again.

Although Rowling said back in 2007 that Minerva McGonagall would have retired from her position as Hogwarts Headmistress long before Albus Severus entered the Great Hall, the former Transfiguration professor is, thankfully, still keeping the school in line when Harry Potter and the Cursed Child ends in the Potter heir's fourth year.

Leaving out Peeves the Poltergeist is one of the Harry Potter films' biggest mistakes, so it was nice to see him mentioned toward the end of Cursed Child's first act, even if he never makes a full appearance.

Hagrid graces the stage twice in Harry Potter and the Cursed Child, in two significant flashbacks, one of which is guaranteed to make you bawl. Unfortunately, the Harry Potter play doesn't confirm whether Hagrid still lives and works at Hogwarts, and readers will certainly be disappointed at his absence in Albus and Scorpius' shenanigans.

We don't ever see a living, breathing Dumbledore in Harry Potter and the Cursed Child, but Harry's old headmaster is present, nevertheless. Not only is his name now a mild epithet — "Thank Dumbeldore." — but his Hogwarts portrait has several lengthy conversations with Harry over the course of the play.

"Something from the trolley, dears?"

It was really quite comforting to see the Trolley Witch again, offering up sweets to our heroes' sons on their first journey to Hogwarts. It's a bit less comforting when she turns into some kind of Doctor Who-worthy guardian of the Hogwarts Express, but still.

You know, just the other day I was thinking about who Ron would have married if something had happened with Hermione, and Padma Patil's name was the first to come to mind. As it turns out, that's exactly what would have happened, had events at the Yule Ball been altered slightly. Although Padma doesn't appear on stage in Harry Potter and the Cursed Child, it's nice to know that Rowling hasn't forgotten her minor characters.

Yes, Myrtle's still haunting the girl's toilet in Cursed Child, and she's just as amorous as ever. She remembers Harry and Cedric fondly, much to the chagrin of Albus and Scorpius. Hogwarts' saddest ghost is absolutely delightful in the Harry Potter play.

The Forbidden Forest's most disagreeable centaur shows up early on in Harry Potter and the Cursed Child. It's a brief cameo, and not a very nice one. However, given that the centuars are pretty much the only fantastic beast to appear onstage in the Harry Potter play, seeing Bane is downright magical.

The bravest man Harry Potter ever knew comes back, for a while, in Harry Potter and the Cursed Child, and getting to spend more time with Snape couldn't be more wonderful. It's ultimately a bittersweet cameo, but no Potterhead would have it any other way.