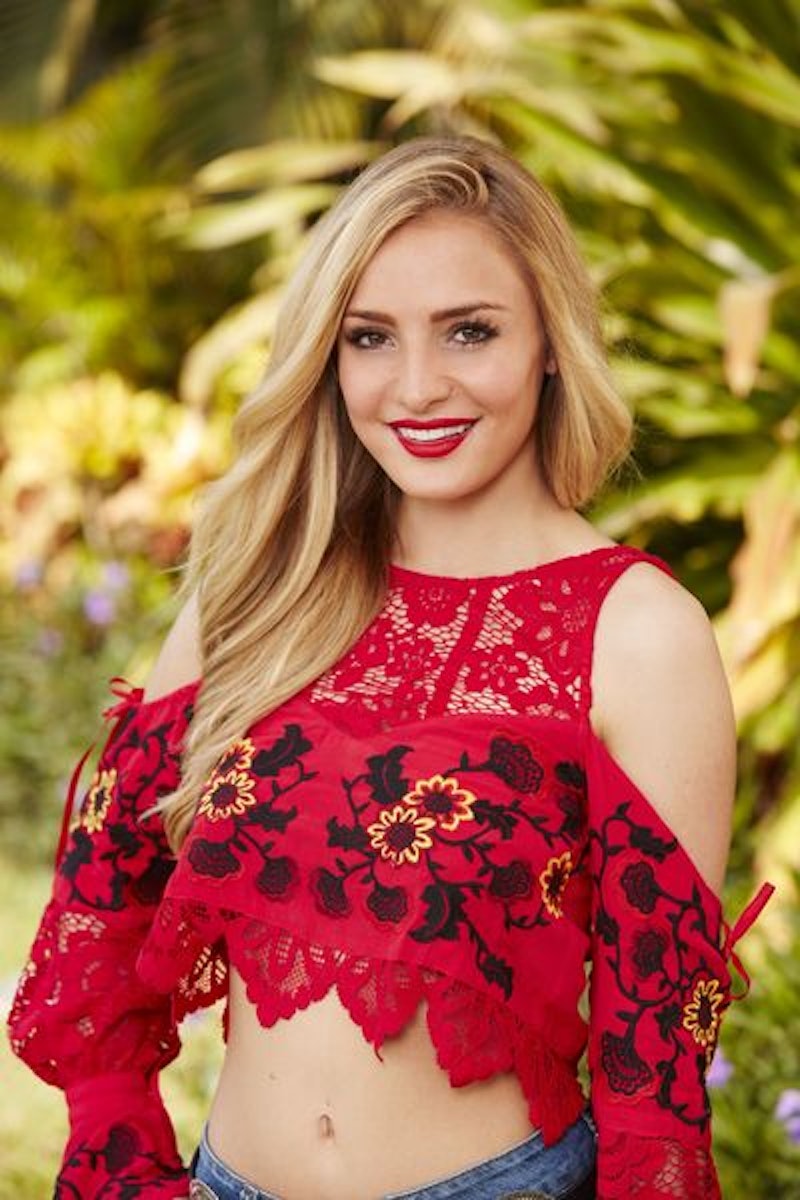 If we can come to an agreement about one thing concerning Ben Higgins' season of The Bachelor, can it be that he had an exceptional group of ladies to choose from? Seriously, between winner Lauren, runner-up JoJo, Amanda, the twins Emily and Haley, Jubilee and, of course, Olivia, there were so many great contestants on Season 20. Now, I'm excited to see many of these women on Bachelor in Paradise Season 3, and I'm especially anticipating the return of Leah. But, what's Leah been up to since Bachelor in Paradise filming ended?

Before we get to that, let's recap Leah's time on The Bachelor, where she was introduced to America as one of the contestants vying for Ben's heart on Season 20. Leah hung out in the middle of the pack during most of Ben's season — she made it to week 6 but never received a one-on-one date. However, most Bachelor Nation fans will likely remember Leah thanks to her last bid for Ben's attention, which included throwing Lauren (the clear frontrunner and the woman Ben ended up choosing) under the bus by claiming Lauren was different with Ben than she was with the other girls. The move (which reeked of producer intervention to me) backfired on Leah and Ben sent her home.

Now we'll be seeing her again in paradise, but since Bachelor in Paradise wrapped she's been keeping plenty busy — and not stirring the pot with fellow members of Bachelor Nation.

Hanging With Her Dog

Listen, I'm always down with any contestants posting about their dogs (yes, I most definitely follow the account Wells created for his dog Carl) and Leah posts plenty of pictures of her dog — and I appreciate it.

I don't necessarily remember Leah and Jubilee being close on The Bachelor, but the pair were in paradise together. Now it seems they also spend time away from ABC's reality dating shows.

Snapchat isn't simply a place for learning Bachelor franchise spoilers and Leah has found a new way to use it by offering her followers some cooking tips. Bacon wrapped avocado fries? Sign me up.

Beyond The Bachelor and Bachelor in Paradise, Leah's also expanding her Bachelor Nation circle to include men from The Bachelorette, like Chase McNary and Robby Hayes, according to her Twitter. They hung out watching the most recent Men Tell All, making all other Bachelorette viewing parties jealous, I'm sure.

However, though Leah seems to be wholeheartedly involved in Bachelor Nation, she's not afraid of reminding fans that the contestants on ABC's reality dating series are people too, as evidenced by a series of tweets from earlier this summer:

So, while Leah may be remembered from The Bachelor as a semi-villain, it remains to be seen how her time on Bachelor in Paradise will play out. Still, she seems happy to be part of the Bachelor Nation family and keeping in contact with other contestants while interacting with fans.