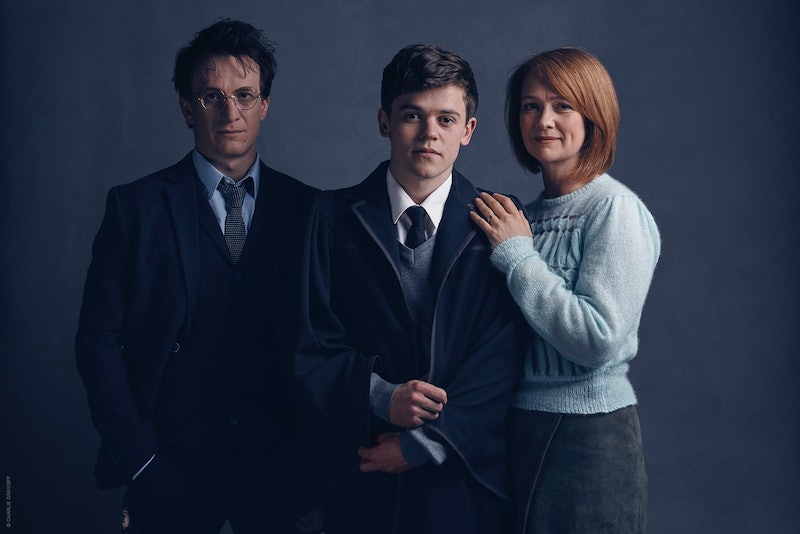 With a whole new cast of characters (and a whole new world of wizardry!), The Cursed Child did not disappoint, and this new cast of characters was definitely something to behold. Polly Chapman, in particular, was one of the new story’s brightest spots. So, who is Polly Chapman? This Cursed Child character is one of the most impressive we’ve seen from the Harry Potter world in a while, and she definitely wasn't mentioned in the original books.

Before I got my hands on my very own copy of Harry Potter and the Cursed Child on Sunday, I’ll admit it: I was a little worried about the new play. The script, written by Jack Thorne, promised to bring back all of our favorite wizards and witches, but that was where my concern started: Would The Cursed Child be the same stories and characters but just set in a different time? I crossed by fingers that the two-part play would have something new to offer long-time readers. And offer something new, it did.

Now I know that, for those of you who have read the play, calling Polly Chapman “impressive” might make you raise an eyebrow. But I’d argue that Polly is just that, because she is one of the fiercest characters in the history of Harry Potter characters. She joins a long line of powerful female characters in the Harry Potter world (characters like Lily Potter, who saved Harry’s life with her love, and Hermione Granger who was, by far, the top student at Hogwarts). As a witch in Albus Potter’s year at Hogwarts, she is never one to not ask for what she wants, and she is never not going to say exactly what is on her mind. You gotta love a girl like that.

Granted, those tendencies sometimes make Polly come off as a bit bullish, but the fact that she is not afraid to ask for what she wants — including asking Scorpius (Draco Malfoy’s son) to the Blood Ball in one horribly alternate universe — makes her sort of impossible not to like. How can you not fall in love with a character who asks someone to a dance like this:

Shall we cut to it? I know everyone is waiting to know who you’re going to ask because, you know, you need to ask someone and I’ve been asked for three people already and I know I’m not alone in refusing them all. In case, you know, you were to ask me. Which would be great. If you were interested. Which rumor is — you are. And I just want to make clear — at this moment — that I am also interested. And that isn’t a rumor. That’s a — f-a-c-t — fact.

See what I mean? The f-a-c-t about this character is that she steals so many scenes because her wit is as sharp as her tongue — although even I have to admit that sometimes that sharp tongue of hers doesn’t exactly endear her to the audience. Especially when she directs her harsh words toward the protagonist of the play: Shy and unsure Albus Potter. In one early scene, when the first years are learning how to use a broom, she chastises Albus for not being able to move his: “Oh Merlin’s beard, how humiliating! He really isn’t like his father at all, is he?” Later, she does more than just call Potter out. She completely humiliates him: “Albus Potter. An irrelevance. Even portraits turn the other way when he comes up the stairs.”

From these comments, Polly might remind the audience of a certain other mean-spirited girl that went to school with Harry Potter. Could Polly Chapman be Pansy Parkinson's daughter? All we know about Pansy's future is that she and Draco got married — JKR would never let Pansy get a happy ending, apparently — so perhaps she married a wizard named Chapman and had Polly. The P name scheme could be a family trait, and it would certainly explain her sharp tongue. Since there's no Chapman in the books, we have no real reference for who her father could be, but I think Pansy is a good bet for her mother. It would certainly add a new dimension to Scorpius referring to her as a "notorious beauty."

Whoever her parents are, I hope you can see why I got a little too excited every time I saw Polly’s name on the page. This character is fierce, and, if you ask me, one of the best to join this new wizarding world. She asks for what she wants, exactly when she wants it, and she is never afraid to say what everyone else is thinking.